Robert Hunter, Lyricist for the Grateful Dead, Dies at 78 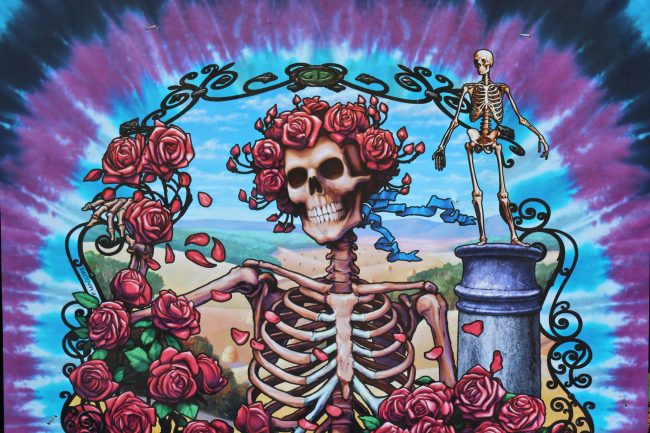 Poet and writer Robert Hunter, who provided the Grateful Dead with many of their lyrics died the night of Sept. 23, 2019. He was 78 years old. Cause of death has not been confirmed.

“It is with great sadness we confirm our beloved Robert passed away yesterday night. He died peacefully at home in his bed, surrounded by love. His wife Maureen was by his side holding his hand. For his fans that have loved and supported him all these years, take comfort in knowing that his words are all around us, and in that way his is never truly gone. In this time of grief please celebrate him the way you all know how, by being together and listening to the music. Let there be songs to fill the air.”

Hunter is considered one of rock’s most ambitious and dazzling lyricist. He was the literary counterpoint to the band’s musical experimentation. His lyrics have been heard in everything from early Dead classics like “Dark Star” and “China Cat Sunflower” proceeding through “Uncle John’s Band,” “Box of Rain,” “Scarlet Begonias,” and “Touch of Gray.” He was as much a part of the band has Jerry Garcia’s singing and guitar.

He was born Robert Burns in 1941, in California. Hunter met Garcia in 1961 at a local production of the musical “Damn Yankees.” The two were introduced by Hunter’s ex-girlfriend and Garcia’s then-girlfriend, Diane Huntsburger. They did not immediately hit it off. A couple nights later when they saw each other in a coffeehouse, their friendship began to take root. Just a year a part in age (Garcia was 18 and Hunter was 19 when they met), their bond was forged partly through the shared experience of losing a father. Garcia lost his father through death and Hunter through divorce.

Hunter and Garcia played in a few bluegrass bands together. Hunter decided to pass on an offer to join Garcia’s pre-Grateful Dead jug band. He wanted to focus on his writing. While he was at Stanford, Hunter took part in an early LSD experiment. He recalled having a “romping good time.” Additionally, he dabbled in Scientology. Eventually, he struggled with speed and meth, prompting him to leave the Bay Area for New Mexico. While there, Hunter started to write more songs including future Dead classic “St. Stephen,” “China Cat Sunflower,” and “Alligator.” He sent the lyrics to Garcia, who encouraged him to return to San Francisco and join the Grateful Dead as their lyricist.

Hunter would join the band at rehearsals and write lyrics. During one session, Hunter began writing lyrics to accompany an instrumental the band was working on. The result was “Dark Star.” It was both a landmark for the band and the official start of Hunter’s new role with the Grateful Dead.

He told Rolling Stone that a couple weeks after writing the first verse at rehearsal, he was working on the second in the Panhandle, the narrow park at the base of Golden Gate Park when a guy came up to him and offered him a bit of something. “I don’t remember if I took it or not, but I said ‘I’m writing the second verse for the song called ‘Dark Star’ for the Grateful Dead – remember that. I had a prescience about the whole thing at that point. Once I started believing in that band, I thought, we’re going to go the distance.”

Hunter’s new role recast his life goals. He believed that what the band was doing was almost sacred. “There was a time I felt this was the way the world would be going in a spiritual way, and we were an important part of that.” He did not think they were a pop music band. He wanted to write a different kind of music, a whole different sort. Hunter told Rolling Stone that his favorite line was in Ripple, “Let it be known there is a fountain that was not made by the hands of men.”

As the lyricist for the Dead, Hunter wrote stacks of songs and would hand them to Garcia who would go through them and pick the ones he likes. He would offer Hunter blunt notes and instructions, for example, Garcia did not want anything with political themes. Sometimes Hunter would write lyrics to whatever song the band was working on, like “Uncle John’s Band.” That song was famously based off a 40-minute instrumental tape the Dead gave him.

Other times, songs would just pour out of him. There was a stunningly fruitful day in London where, with the help of a bottle of Retsina, he wrote “Ripple,” “Brokedown Palace,” and “To Lay Me Down.” He found inspiration in unlikely places. He wrote “Playing In the Band” to the sound of the water pump on Mickey Hart’s ranch, while “Fire on the Mountain” was also written at the ranch, it was inspired by a fire on the mountain in the distance. The Dead would craft their music around the lyrics written by Hunter. They would often fine-tune songs on the road. Hunter recalled that “Truckin” took him a couple months to write but only a half an hour for the band to put it together.

Hunter and Garcia maintained their prolific relationship and friendship well into the 70s and 80s producing numerous classics as Garcia struggled with addiction. “[F]rom many nights of raving all night the way people do in their early twenties, he knew me real well and I knew him real well, and I remember his girlfriend at that time, she said it was hard to tell where he ended and I started up. We were brothers in that sense. I loved that band until I didn’t give a damn about ‘em, I’ll say that. I really just thought they were the cat’s whiskers.”