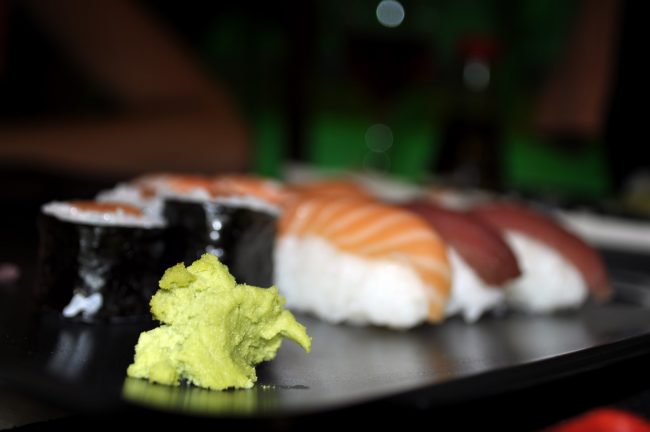 There are plenty of food and drink products that look similar enough to one another that if a person were to assume they were grabbing a glass of Sprite for instance, and it ended up being a Seltzer Water, it would be shocking, but not a surprise. However, for one woman, this mistake actually lead to a serious heart condition, after she mistook wasabi for avocado.

At the hospital it was determined that although she had only consumed a small amount of the wasabi, it was still enough to cause a condition called Takotsubo Cardiomyopathy, which is also known as the “broken heart syndrome.” In the British Medical Journal, the condition is explained as a dysfunction in the left ventricular area of the heart.

Broken heart syndrome is typical of older women and is said to be caused by “sudden intense emotional or physical stress.” However, researchers have also said that they still do not know what the underlying cause of the condition is, and that for now they continue to attribute it to sudden stressors.

Considering wasabi is known for its intense spice that can easily clear the sinuses, it makes sense that someone consuming a large enough scoop of the spice would find themselves in a situation of intense physical stress. Of course, medical professionals were quick to point out that the amount of wasabi that the woman ate was more than the usual amount most people eat when consuming something like sushi.

At this time, this is the first known case of Takotsubo Cardiomyopathy to be attributed to wasabi consumption, and researchers are saying that people should avoid large quantities of the spicy paste. However, in general, wasabi is still considered safe to eat, as long as people are cautious and not over doing it.

For people unfamiliar with what is being placed in front of them, it is important to check before consuming a large quantity of anything, especially in a case like this (although this seems to be a very rare event). Definitely the next time anyone attends a wedding and sees a bowl of green avocados, it makes sense to at least give it a sniff first to make sure it is not in fact wasabi paste or something else that could be problematic if consumed in large quantities.

Delish – A Woman Ate A Scoop Of Wasabi That She Mistook For Avocado And Developed “Broken Heart Syndrome”
British Medical Journal – Takotsubo cardiomyopathy triggered by wasabi consumption: can sushi break your heart?