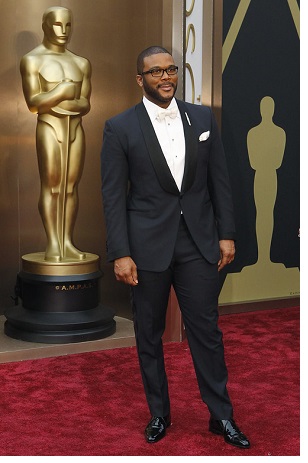 Tyler Perry seeks to house displaced LGBTQ Youth and Homeless Women. Much was said concerning the plans for his new Atlanta studio complex, including movies and film projects, but that’s only part of the goal. The entertainment mogul has always had a heart for the “underdog” by giving them an encore for their acting career or just a foot into the door. Having been homeless and displaced himself, the actor is expanding his portfolio to again help those less fortunate.

Today, Perry is one of Hollywood’s most powerful filmmakers, writers, producers, and even actors. But, before he was known for his TV shows, movies, and plays, the entrepreneur was once homeless, living on the streets of Atlanta, Georgia. The one thing that many admire about the “Madea Goes To Jail” creator is he never forgot how hard he once had it.

In his youth, the actor was poor, abused, homeless, and suicidal. Today, he’s worth at least $400 million. Fast forward to 20 years later, the actor, writer, and producer went from sleeping in a car to bedding down in a Beverly Hills mansion. Perry made it purely through his own passion, discipline, and drive. His story shows that with the right mindset, anyone can overcome daunting obstacles to find success. This is the blueprint he wants to offer LGBTQ youth and homeless women. When speaking of the next phase of his compound, Perry said:

I tell you what I’m most excited about next is that pulling this next phase off is building a compound for trafficked women, girls, homeless women, LGBTQ youth who are put out and displaced. And having a compound that is a beautiful place…where they’re trained in the business and they become self-sufficient, they live in nice apartments, there’s daycare, there are all these wonderful things that allow them to reenter society and then pay it forward again. So, that’s what I hope to do soon.

During the 2019 “BET Awards” ceremony, in a rousing speech to accept the Ultimate Icon Award, the actor, filmmaker and mogul urged Hollywood “dreamers” to take matters into their own hands by helping themselves and others. He added:

In 2014, the “Good Deeds” actor also had a hand in turning Oprah Winfrey’s OWN network around. He moved his TV empire over to Winfrey’s cable network and launched two new shows. Perry took a break from making movies in order to focus his attention on producing projects for OWN. Working with his friend and mentor Oprah Winfrey, the producer secured a multiyear partnership to write and produce content for the OWN network. For many years, Perry was the only scripted content writer for the network. 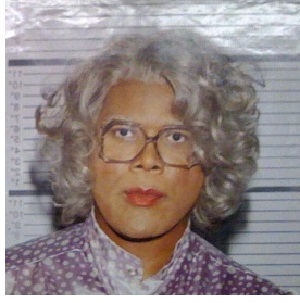 It is no secret that the mogul has had his share of critics, especially with his larger than life character Madea. However, this same character allowed him to score millions in the box office. Madea always struck the right chord with Tyler’s audience. Jeff Bock, Exhibitor Relations vice-president, and senior analysts said Tyler filled a huge void in the marketplace. There has never been another director who consistently tapped into a specific audience as he did.

Many wait with great expectation to see what projects will come from his new studio compound. In the interim, Perry is seeking to house displaced LGBTQ youth and homeless women. A fact sheet via Free The Slaves cites approximately 71 percent of globally enslaved people are women and girls, in comparison to 29 percent of men and boys. There is a stark intersection between homelessness and the LGBTQ community, in particular, as a result of family rejection, discrimination, criminalization and a host of other factors, LGBTQ youth represent as much as 40 percent of the homeless youth population.

As usual, the 50-year-old is seeking to empower those in need of a helping hand.  Congratulations Tyler Perry and kudos to your next phase of growth.