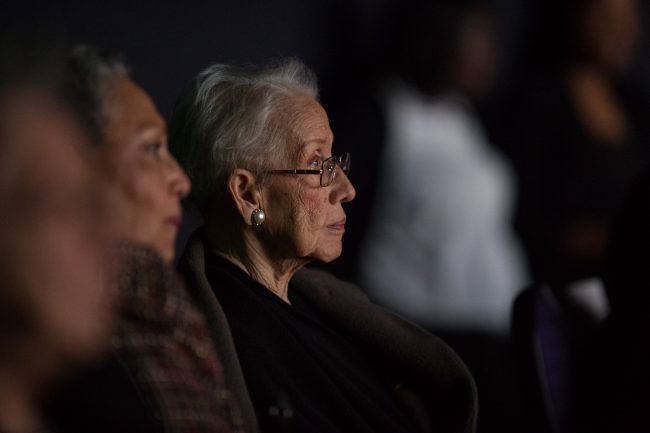 Katherine Johnson, one of the women who worked as a mathematician for NASA and inspired the movie “Hidden Figures,” has died at the age of 101. The news of her death was announced directly by NASA via social media. In a tweet shared to their  account, Jim Bridenstine, a NASA administrator, stated that Johnson “was an American hero and her pioneering legacy will never be forgotten.”

In 2016, Katherine Johnson had her story told in the movie “Hidden Figures.” She was portrayed on screen by actress Taraji P. Henson. In the movie, Henson portrayed what it was like to help in the space race, while also dealing with both racism and sexism.

In real life, Johnson began working at the National Advisory Committee for Aeronautics’, which was the predecessor for NASA, in 1953. Her work included doing the trajectory analysis for Alan Shepard’s Freedom 7 mission in 1961. However, she is perhaps best known for helping to get John Glenn into space for his first orbital flight. In fact, this is the story that was told in “Hidden Figures,” and that helped to get Katherine Johnson and the other black women who acted as trailblazers for NASA into the public eye.

Katherine Johnson retired from her work at NASA in 1986 at the age of 68. In 2015, prior to the release of “Hidden Figures,” Johnson received the Presidential Medal of Freedom from then President Barack Obama. That award is the highest American honor a civilian can receive for their work. She was propelled to fame and a national stage with the help of Hollywood and the movie about her role in the space race in 2016. Then in 2019, she was awarded the Congressional Gold Medal for her contributions to the country.

Johnson clearly lived an amazing life and leaves behind a legacy that is no longer hidden from the world.