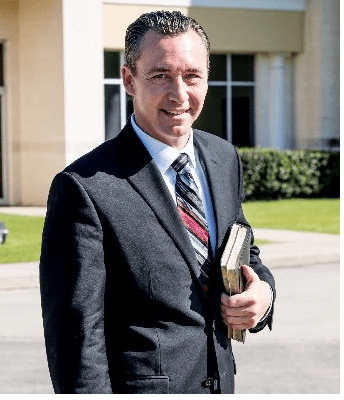 Pastor Tony Spell, the controversial leader of Life Tabernacle Church, comes under fire again.  He has asked his members to join the #PastorSpellStimulusChallenge. The pastor of the Baton Rouge church wants congregants to donate their $1,200 stimulus checks from the federal government to North American Christian leaders and ministers who he claimed have not been paid in weeks.

The social media challenge quickly came under criticism. CNN’s Victor Blackwell questioned him about the challenge on Sunday, asking the pastor why he did not opt to give the money to congregants in need. Spell claimed that North American evangelists and foreign missionaries were the “most needy,” with claims that they do not qualify for stimulus checks.

Spell again made national headlines as he already faced several misdemeanor charges for holding in-person worship services attended by hundreds despite bans on mass gatherings to combat the spread of COVID-19. On Monday, April 20, the police department in the city of Central near Baton Rouge issued a warrant for the Pentecostal pastor for rapidly backing up a large church bus on the shoulder of a public road outside of the church and nearly hitting a protester. Spell was taken into custody outside of Life Tabernacle Church the following day and transported to East Baton Rouge Parish Prison.

The controversial pastor who had been placed on house arrest for allegedly backing up a church bus toward a person protesting his constant defiance of state stay-at-home orders, held an in-person church service Sunday while wearing an ankle monitor. Spell, ministered to a crowd at his church Sunday, two days after a judge asked him if he would comply with state orders that limit the number of people who can gather.

According to East Baton Rouge Parish District Attorney Hillar Moore, the pastor quoted a Bible verse to the judge. When asked again, Spell remained silent, which resulted in the judge concluding that Spell was unwilling to comply. However, he recently defended his decision to keep his church doors open with claims that only having live-streaming services discriminate against my poorer congregants who do not have internet and do not have a phone. Spell added:

My rights to have church and to preach the gospel of Jesus Christ are endowed to me by my creator, not my district attorney, not my chief of police and not my governor, John Bel Edwards, not my president and not my Department of Justice. My inalienable rights are given to me by God and those rights are my rights to assemble and have church. I cannot give up those rights.

The pastor is also under fire for suggesting his congregants join the #PastorSpellStimulusChallenge by donating their coronavirus stimulus checks to churches. When questioned about asking congregants for donations when the church had the option to apply for a Paycheck Protection Loan, Spell retorted that Life Tabernacle chose not to apply for this money because they simply did not want to. In an online video, the pastor said:

Spell, who had been placed on house arrest for allegedly backing up a church bus toward a person protesting his constant defiance of state stay-at-home orders, held another in-person church service last Sunday while wearing an 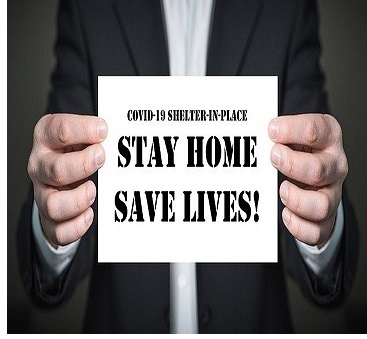 ankle monitor. The pastor ministered to a crowd at his church just two days after a judge asked him if he would comply with state orders that limit the number of people who can gather. According to East Baton Rouge Parish District Attorney Hillary Moore, the pastor quoted a Bible verse to the judge. When asked again, Spell remained silent, which resulted in the judge concluding that Spell was unwilling to comply.

The pastor has faced intense criticism after repeatedly breaking lockdown rules and holding church services, going against stay-at-home orders issued by Governor John Bel Edwards. Even after one member of his congregation died from COVID-19, Spell went ahead with his service as usual on Sunday and announced day one of the #PastorSpellStimulusChallenge. After learning of the recent challenge, critics of the pastor did not hesitate to make their disdain known. One detractor said:

Typical vile, selfish, self-serving Christian. Atheists are right again. Christians are corrupt & their ways are vile; there is not one who does good. And the evidence is seen everywhere, every day. Just look phony Tony. Atheists never asked anyone for stimulus checks. Atheists never con parishioners out of millions so they can build mega-mansions & fly around in 45 million-dollar private jets. That con has been perfected by Christians who use your God’s name to live lavish lifestyles while we, the good & decent atheists, still believe in honesty & integrity. You can deny it, but evidence proves you wrong.

The Louisiana pastor who held services amid pandemic asks Americans to donate stimulus checks. In the minute-long clip, Spell asks his parishioners to donate their newly-minted, Trump-signed stimulus checks—yes, the whole thing—to his church. Spell is the same pastor who was recently in the news after being charged with six misdemeanors earlier this month by refusing to stop holding in-person church services. Despite the repercussions, he still reopened the doors of his church to a packed house on Easter.

Pastor Tony Spell has a strong recommendation for those long-awaited stimulus checks — give it away to evangelists who cannot pass the offering plate while the pandemic has closed their churches. However, for anyone interested in donating their stimulus check to help others but are not interested in the #PastorSpellStimulusChallenge, there are other options such as homeless shelters or food banks.

One Response to "Pastor Asks Members to Join His #PastorSpellStimulusChallenge"