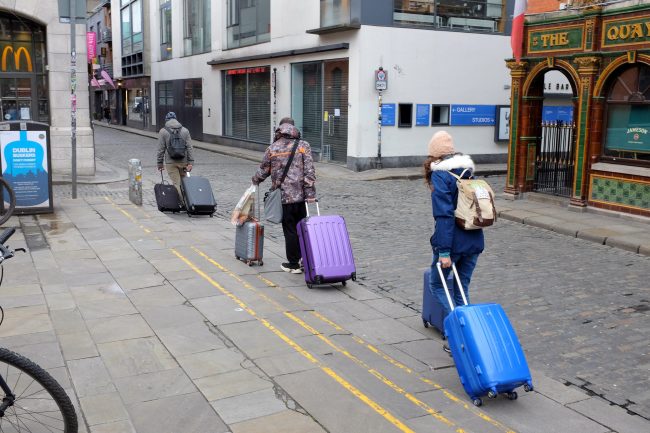 The recent comments by Hungarian Prime Minister Viktor Orbán, which links migration to the spread of the coronavirus, represents cheap political rhetoric aimed at denigrating the immigrant community in Hungary. Arguably, this is in line with some far-right-wing camps in Europe who are stoking up xenophobic fears against refugees, asylum seekers, and migrants at a time when the world is facing its greatest test since World War II from the coronavirus pandemic.

According to media reports, Orbán has extreme views on migration. He was recently quoted as saying that migration and the pandemic coronavirus are intertwined as “both spread with movement.” The Hungarian populist leader has also over the past years categorized immigrants in derogatory terms. In an interview with the Germany daily Bild newspaper in 2016, he emphatically said migration was “poison” and by accepting immigrants, European countries will be “importing terrorism, crime, anti-Semitism, and homophobia.” The recent remark on the coronavirus should then be viewed as a deliberate and conscious jab aimed at immigrants and presumably does not include him when he exercises his right of free movement.

The overall effect of these outbursts is meant to create a rift between host citizens and migrants. It pits the foreigner against the citizen and stokes up xenophobia against immigrants portrayed as carriers of the coronavirus. The flip side to this narrative is the fact that the populist leader has taken advantage of the current coronavirus pandemic for political expedience. On March 30, 2020, the Budapest administration endorsed an emergency bill on tackling the coronavirus that allows Orbán to indefinitely rule by decree. This is disconcerting and smacks of contempt at democratic institutions in Hungary. It further dents the European Union’s clarion call on liberty, rule of law, and fundamental human rights. It is unfortunate that the coronavirus pandemic is being used as a disguise of dictatorial tendencies. While Europe and the world battle to fight the coronavirus, it is ironic that one of its unseen victims will be ‘democracy’.

Professor Elzbieta of Adam Mickiewicz University in Poland, rightly argues that Orbán’s rhetoric on migration is a nationalistic stunt that does not reflect the cultural diversity in Hungary. Goździak is of the view that “immigration and emigration have been a reality since the birth of [Hungary].” This is because the central European country is home to different nationalities who were displaced during World War II. So one is bound to ask if the Hungarian prime minister is being deliberately obtuse? Goździak is of the view that such vitriol toward the immigrant community is a ploy to instill fear among Hungarians so that they “fear the other” and view such migrants as violent terrorists and infectious. With the coronavirus in its virulent form, certainly, such remarks breed fear in the host population. 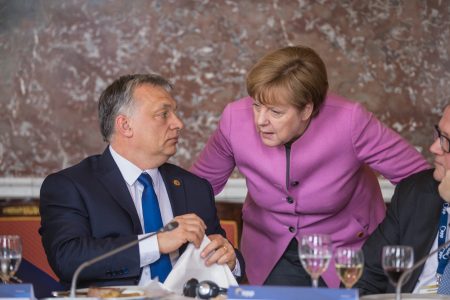 The constant argument by the far-right wing in Europe is that illegal immigration undermines sovereignty and cultural foundation. They further contend that each country has a sovereign right to pick and choose who should be within its jurisdiction. Fair enough, but this argument is flawed in two ways in the case of refugees and asylum seekers. Firstly, both these groups are fleeing persecution threatening their lives and as such have no time to follow the pathways that will lead them to legal status in the country. Secondly, receiving countries can still exercise their sovereignty by screening immigrants if they do not meet the legal threshold of persecution as set by both the domestic and international laws on immigration.

Yes, it is true that the coronavirus poses a great health risk to humanity. However, countries should not use the coronavirus to enforce draconian measures under the guise of “national state of emergency.” The report that Hungary is to deport Iranian students infected with the coronavirus is a red flag that shows how some countries will take advantage of the coronavirus pandemic to stamp their aggressive stance on immigration. In defending his arbitrary decision to deport Iranian students from Budapest, Orbán reportedly said: “…foreigners brought in the disease, and that it is spreading among foreigners.” How sweeping, reckless, and stereotypical! This narrative is aimed at generating resentment toward “foreigners” in Hungary as carriers of the potent coronavirus and other pestilences.

Certainly, the coronavirus has brought in unprecedented measures affecting everyone’s civil liberties, but countries may not arbitrarily legislate against Life, Liberty, and Dignity. It remains disconcerting to note that some far-right-wing politicians are given to a myopic sense of entitlement that says only their citizens may migrate in any form and pattern anywhere in the world, but those fleeing persecution or seeking a better life may stay put in their countries of origin. Any legislation in the name of the coronavirus aimed at secluding immigrants is thus infectious and arbitrary.

Shepherd is a Ph.D. Candidate at the Uniwersytet Pedagogiczny w Krakowie (UP), Poland. He is also a member of the Migration Law Research Group at Ghent University in Belgium. The views and the opinions expressed in this article are those of the author and do not necessarily reflect that of the institutions.