Chicago Cubs Pitcher Could Not Keep It in the Park Against L.A. 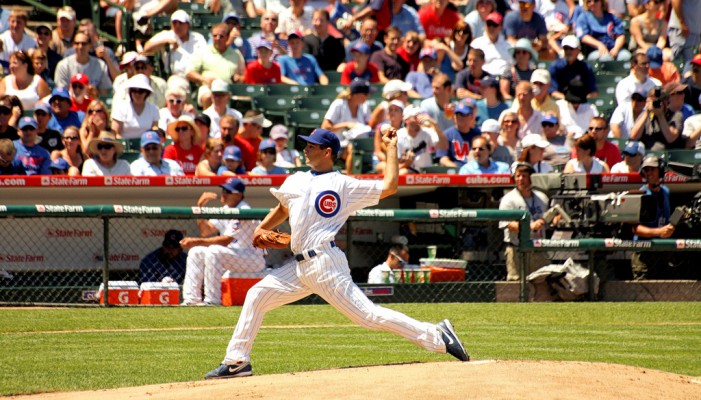 The Chicago Cubs pitcher was frustrated after Thursday’s game against the Los Angeles Dodgers after losing 4-0, as he knew he was unable to keep the game in the park for the Chicago Cubs. Jon Lester, the starting pitcher, did not control his fast ball early in the game and gave up two runs in the first […]

The Chicago Cubs have knocked four out of five games out of the park against the Los Angeles Dodgers. The team has one more to play on Thursday, June 25. This could be a sign of a promising season for Cub fans. The Chicago and  Los Angeles game on Tuesday night went into extra innings. […]

The Boston Red Sox will retire the number 45, which is the number of one of the greatest pitchers of all time, Pedro Martinez, on July 28, 2015. There will be a brief but formal ceremony right before Boston’s game with the Chicago White Sox on the Boston home field, Fenway Park. Martinez is to […]