Thousand of Argentines who were proud of their country’s undeniable hard work and effort in attempting to win the World Cup against Germany gathered at the Obelisk monument in downtown Buenos Aires on Sunday after the big game. Although Argentina lost to Germany 1-0 in the World Cup finals, fans still showed their support to […]

Argentina is Turning Into the Land of Oz

Another lynching today in Argentina. That may be surprising. If a person is one of the thousands of tourists who come to Buenos Aires each year and never get out of Puerto Madero, then surprise is probably the right word. However, for those tourists who come to the Land of Tango and get beyond the […]

Argentina and Vigilantism: Enough of Insecurity 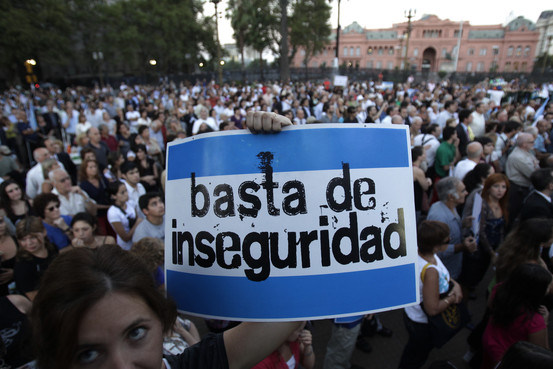 The ladron lay on the cobblestone street in Buenos Aires, Argentina as a small crowd started to gather. Rusting iron, or rather the smell of it, started to come from the blood that was tracing down the courses between the bricks. A few yards away, a woman sat on the curb. Bent over, she […]