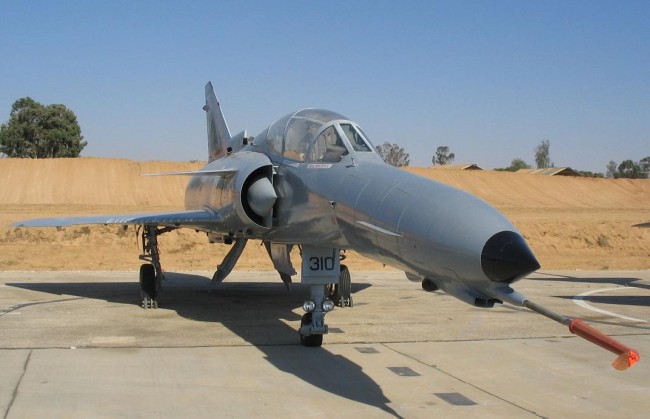 Argentina is in the used-jet-buying mode these days and it has people in England and Brazil concerned. South America’s second largest country is doing some tire kicking with 18 multipurpose combat fighters which are now in the checkout line in Israel.

The Israeli offer has been on the wish list of Argentine Defense Minister Agustin Rossi for a year, but only came to light in September when Spain backed out of a deal to supply Argentine President Cristina Fernandez de Kirchner with comparable planes.

With Kirchner saber-rattling again over the Falkland Islands, people in London are concerned about the proposed purchase. The British government suspects that Argentina may be planning to intimidate England’s oil companies now operating in the waters around the islands. The Falklands, known in Argentina as the Malvinas, have been a source of contention between the two countries since the early 1800s. The tension had its apex in 1983 when Argentina unilaterally invaded the dots in the ocean during an ill-conceived plan by the then military junta. The attack brought down the dictatorship in Argentina but galvanized then Prime Minister Margaret Thatcher’s reputation at home.

Israeli Aero-Spatial Industry, IAI, which makes the Kfir Block 60, will deliver the first six aircraft immediately and the remaining 12 would be assembled in Argentina in a plan designed and ran by Israeli engineers.

Designed over forty years ago, the models which Argentina is buying comes complete with a repurposed and reconditioned General Electric made engine and sweeping radar from Elta Systems. The Kfir, Israeli for ‘lion cub,’ has already proven to be successful in battle and is used by other air forces including Ecuador and Colombia.

The Argentine government is spending 500 million dollars for the 18 fighters. Deliver is scheduled for 12 months after the deal is signed.

Spain originally offered to sell Argentina planes for 217 million dollars. That deal fell through when British PM David Cameron pressured the Spanish government to forego the sale. London fears that the planes will be used to track and intimidate vessels connected to the oil and gas exploration and development in the islands. Oil was first discovered in the Malvinas in 2010 and drilling has already begun. Extraction is scheduled to begin sometime in 2017 or 2018.

For its part, Argentina has reacted strongly as British, US and European oil companies are working in the Falklands. Kirchner has pushed the Argentine government to impose stiff fines and prison time for anyone caught drilling int he disputed islands. She has sent letters to stock exchanges England and America warning about the penalties for any company CEO who gets involved in the “illegal” operations in the Argentine Sea.

Kirchner has spent the past several years trying to juice the Argentine Air Force which has seen its decline in the number of operational aircraft. Argentina, since the end of the military dictatorship in 1983, has not been able to field a full-fledge fighting force and much of the munitions are now obsolescent.

Brazil has also been monitoring the situation since December 2013.