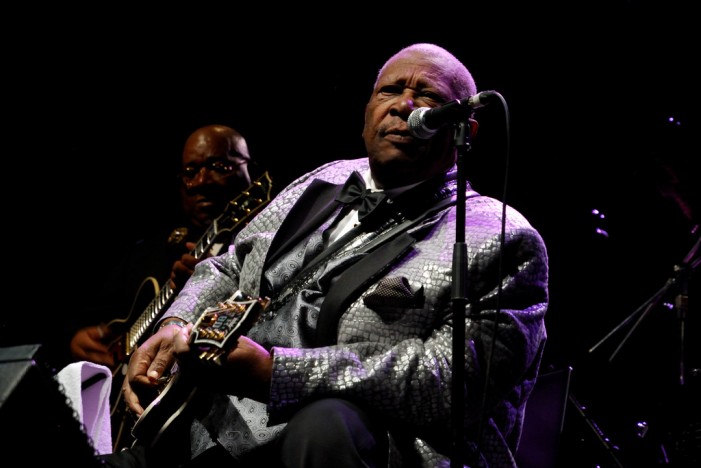 Tributes from around the world have been flowing in since news broke of blues legend B.B. King’s death. He died at the age of 89 after years of battling type 2 diabetes, which led to a number of small strokes. The legendary blues singer and guitarist reportedly died peacefully while sleeping at his Las Vegas home. […]

By Kiara Hartley on May 1, 2015   Entertainment, Headlines, Music

Blues legend B.B. King has reassured fans on his official website Friday evening that he is in hospice care at his Las Vegas home after a recent health scare. The Rock and Roll Hall of Fame singer was taken to hospital 3pm Thursday afternoon by his daughter, Patty King, after she noticed her father was […]