Binge drinking has been linked to many serious health problems, from unintended pregnancies to liver disease to accidental injuries, including more than 40,000 average annual deaths in the U.S, and facts show that the rate of drinking problems in every state is higher than illicit drug or marijuana use. According to a survey from the […]

Binge Drinking and a Surprising Percentage 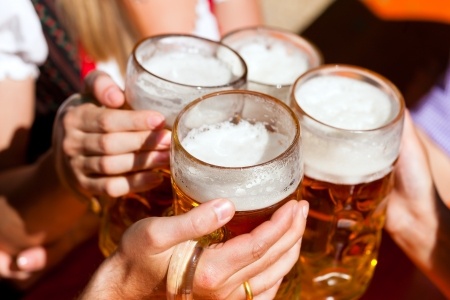 People who drink alcohol in this country currently over-estimate the amount needed to label them as binge drinkers. Most people who drink think the amount is four or five times more than the actual amount defined by the Center for Disease Control (CDC) and the National Institute on Alcohol Abuse and Alcoholism (NIAAA). For women that […]

Binge Drinking Teens: What and Where They Drink

Adults drink alcoholic beverages more frequently than young people, but when kids do drink they tend to drink a lot. Binge drinking in teens is becoming epidemic, as more young people use alcohol than illegal drugs or tobacco, and what and where they drink may be surprising to adults. Half of teens have had at […]