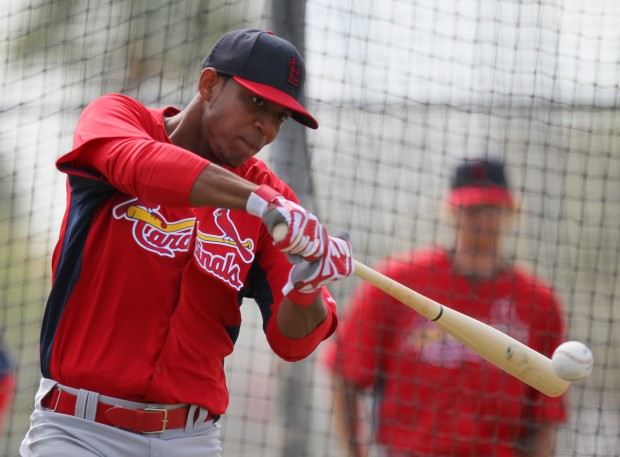 The St. Louis Cardinals called up Oscar Taveras Friday night and put first baseman Matt Adams on the disabled list with a strained calf. The move was made prior to the Cards hosting the San Francisco Giants at Busch Stadium and surprised many who believed the call up of Randal Grichuk on Thursday delayed the […]

The Arizona Cardinals finished last season with seven wins in their last nine games, and defender John Abraham hopes to help them build on that performance by aiming for at least 20 sacks in the upcoming campaign. Abraham, an outside linebacker who signed with the Cardinals as a free agent in July 2013, registered 11.5 […]

Michael Wacha was hurt Wednesday night in St. Louis but the Cardinals rolled anyway, defeating the Arizona Diamondbacks 3-2 in 12 innings. It was the Cardinals’ fifth win in their last six games as they remain two games behind the Milwaukee Brewers in the loss column. Perhaps it is not a coincidence that it was […]