Giants Give Up Huge Lead in Loss to Lowly Jaguars

The New York Giants season entered a new low this weekend, as they gave up a huge 21-point lead and eventually lost in a truly shocking manner to the lowly Jaguars in Jacksonville on Sunday. This marks the seventh straight defeat for the Giants, but this one is likely going to sting the most because […]

Giants Continue to Struggle After Another Loss Despite Great Catch

The New York Giants are struggling with a horrendous record just before Thanksgiving for the second season in a row. They already are effectively eliminated from playoff contention with a dismal 3-8 record. With last evening’s loss to the Cowboys, New York has dropped six straight games. Dallas was fighting to stay tied atop the NFC […]

Giants and 49ers Renew Their Rivalry 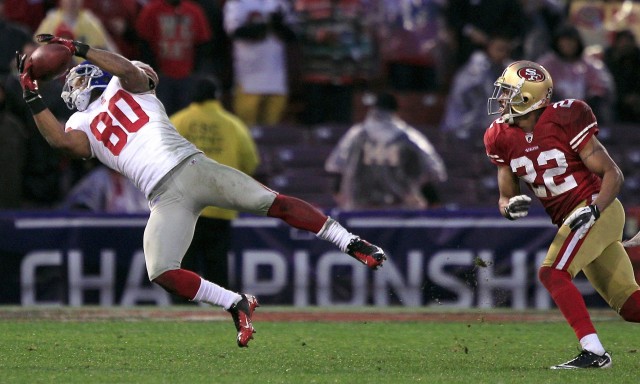 The New York Giants hosted the San Francisco 49ers on Sunday, in a must-win contest for both teams as they renewed their storied rivalry. The 49ers used their strong defense and running game to pound out an ugly win in a low-scoring affair, outlasting New York to earn a 16-10 victory. This was the latest chapter in […]