Fans of the surprisingly successful television movie, Sharknado, will be treated on July 30, 2014, to the phenomenon’s return as the second film, Sharknado 2, which is certain to take a great bite, is aired. The film will premier on the Scyfy channel and there is already much anticipation. The stars of the first feature, actors Ian […]

‘Sharknado 2: The Second One’ Coming Soon! 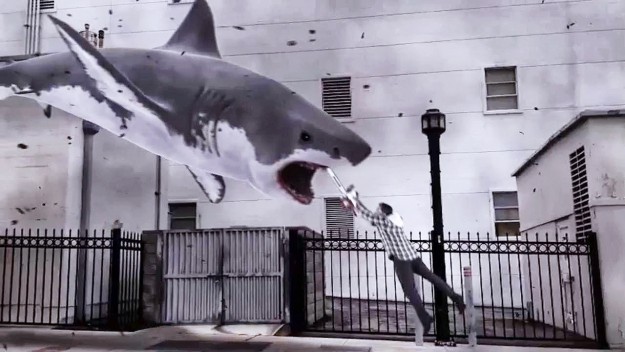 The Internet better get its troll on, because Sharknado 2: The Second One is coming soon. In announcing the recasting of the heroic stars that captivated audiences the world over, the producers and distributors have once again brought back the buzz surrounding the television movie spectacle. Co-stars Ian Ziering, who plays the hero Fin (which […]