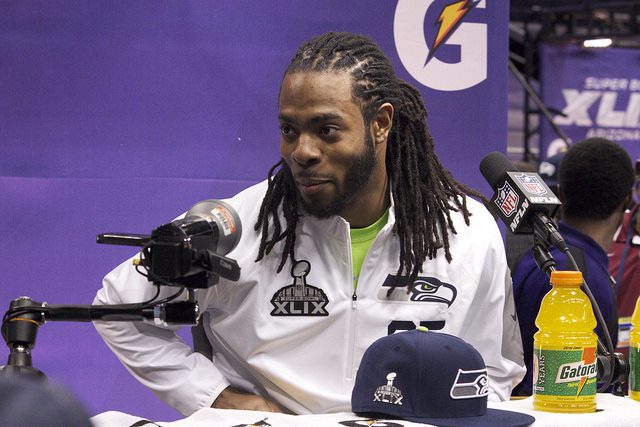 Seattle Seahawks cornerback Richard Sherman, along an assist from teammate Doug Baldwin, blasted the National Football League (NFL) during a press conference on Tuesday for its media polices. Their antics stem from the league fining teammate Marshawn Lynch $100,000 for not speaking to the media a week ago among other reasons. Sherman stood on the side […]

On Monday Night Football, the Seattle Seahawks defeated the Washington Redskins 27-17. The defending Super Bowl champions improved to 3-1 on the season coming off their week three bye. The ailing Washington Redskins dropped to 1-4 and last place in the NFC East. After the game ended, the outspoken Seahawks cornerback had some choice words […]