The surrogate for Sherri Shepherd and former husband Lamar Sally has spoken out. Jessica Bartholomew shared her feelings on Sherri’s decision not to be a part of the life of Lamar Jr. She spoke exclusively with Diane McInerney of Inside Edition during an interview which aired on January 30, 2015. Previously Lamar Sr. spoke out […] 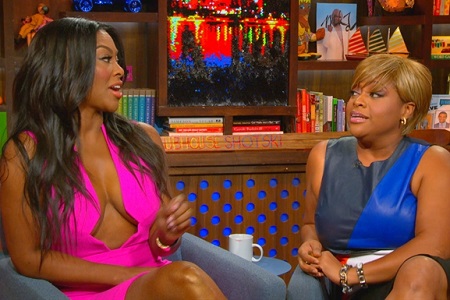 Things heat up on Watch What Happens Live with host Andy Cohen’s guests Sherri Shepherd and Kenya Moore. The conversation took a turn for the worst quickly after Andy brought up the unfortunate brawl from the Real Housewives of Atlanta Reunion Show between former cast member Porsha Williams and Kenya. Sherri’s perception of what took place was […]