Cobie Smulders has given birth to her second child. People confirmed that she and husband Taran Killam welcomed the new addition, but has not confirmed the gender. It makes five-year-old Shaelyn Cado a big sister. The 32-year-old reportedly gave birth three weeks ago, but has only just announced the news. While in Sundance, she explained […]

By Alexandria Ingham on October 21, 2014   Agents of S.H.I.E.L.D., Entertainment, Headlines, How I Met Your Mother

Cobie Smulders is expecting her second child with husband Taran Killam. They already have one daughter together, Shaelyn Cado. She is five years old, and was a pregnancy that the actress had to hide while filming. The How I Met Your Mother star was playing Robin on the program. Writers had already decided that the […]

Cobie Smulders Headed Back to ‘Agents of SHIELD’ 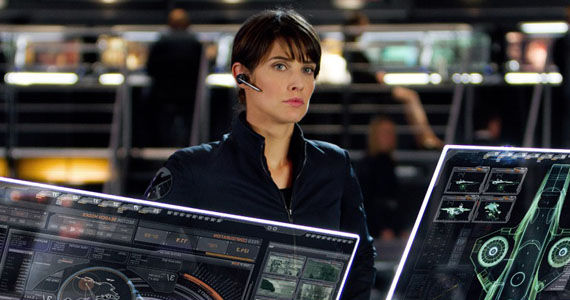 Even with helicarriers raining from the sky, the Triskelion being reduced to rubble, and S.H.I.E.L.D. left in ashes after a hostile take over by Hydra, Maria Hill is ready for a bit of small-screen action. Former How I Met Your Mother star, Cobie Smulders, is headed back to Agents of S.H.I.E.L.D. to reprise her role as the tougher-than-nails Maria […]