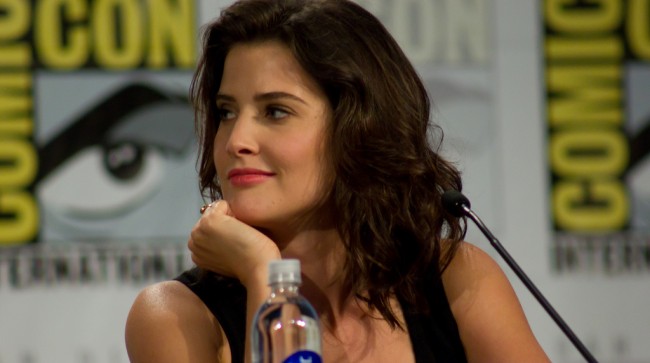 Cobie Smulders is expecting her second child with husband Taran Killam. They already have one daughter together, Shaelyn Cado. She is five years old, and was a pregnancy that the actress had to hide while filming.

The How I Met Your Mother star was playing Robin on the program. Writers had already decided that the character could not have children, so it was not possible to write a pregnancy into the storyline. Coincidently, she and her co-star Alyson Hannigan were expecting children during the same season, making it twice as hard for the writers.

Smulders was looking forward to becoming a mom for the first time, and after the birth of her daughter in 2009 admitted that she was grateful she was in the job she was. It meant some freedom and flexibility to make childcare much easier. She was also grateful for her paycheck, meaning that getting help to care for her daughter was possible.

The two have been married for just over two years now, but were engaged for almost three years before that. It seems raising a baby got in the way of wedding plans.

Her representative confirmed today that both Smulders and husband Killam are expecting their second child together. It is something the two had discussed for some time. So far, no date has been given for the birth, and no inclination of how far along the Agents of S.H.I.E.L.D actress is with her pregnancy.

According to Us Weekly, the two discussed family plans for after How I Met Your Mother. It seems she was concerned about the trouble the producers had trying to hide her growing baby bump, especially as it was getting towards the end of the series. The show finished last year with an arguably anticlimactic ending, and Smulders was able to move to New York to be with her husband.

Like all first-time parents, the discussion of sleep came up shortly after the birth of their first daughter. On The Bonnie Hunt Show, the 32-year-old discussed how it was like running on fumes the majority of the time, because she only averaged four hours a sleep most of the time. However, that did not stop the smile on her face when she described parenthood as the best thing ever.

The timing of the pregnancy seems to be perfect for the actress. She has just finished filming Results, and independent film with Guy Pearce. That is due out next year, but will mean no need to cover up baby bumps or write in a storyline.

Over the last few years, she has starred in a number of superhero movies, including Captain America: The Winter Soldier and Avengers: Age of Ultron, which is also due out in 2015. She has also appeared in episodes of Agents of S.H.I.E.L.D, which was developed after the success of the first Avengers movie.

There are no plans for any more movies or TV shows as of yet. She may be asked to do the voice of Wonder Woman in The Lego Movie sequel, but that would not cause problems with a growing baby bump. Smulders can concentrate on her second baby that she is expecting with husband Killam.