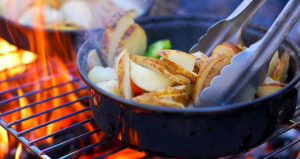 Southern Nevada veterans will soon be able to receive their medical care at a new, state-of-the-art hospital and medical center.

Veterans Affairs Southern Nevada Healthcare System has been serving the medical needs of local veterans since 1972, but the new Veterans Affairs Medical Center will likely be considered the greatest addition to the healthcare of Nevada’s veterans in 40 years.

The project has been eight years in the making. In 2004, the Bureau of Land Management transferred 150 acres of land to Veterans Affairs so that the hospital could be constructed.

The 1.3 million square foot facility, located at 6900 N. Pecos Road in North Las Vegas, is slated to open by the end of the summer and many veterans are anxiously awaiting its debut.

United States Marine Corps Corporal Charles Sullivan, said he is eager to utilize the services the hospital will offer. He said it is inconvenient because he has to  travel around the valley to receive medical care at the various VA facilities.

“Sometimes I have to go to a couple of different places to get the care that I need,” Sullivan said. “I feel that getting care is going to be easier now that it’s all going to be in one central location. This is really a big deal.”

While the new VA hospital has yet to open, veterans can visit one of the other new VA facilities in Las Vegas for comprehensive outpatient care. Inpatient service is currently provided at the Mike O’Callaghan Federal Medical Center located at 4700 N. Las Vegas Blvd. VASNHS serves approximately 45,000 veterans a year and outpatient medical visits exceed 450,000.

In the past six months, four new primary care clinics have opened across the valley. The latest clinic, located in Northeast Las Vegas, opened at the end of February. A variety of services are offered at the clinics, including X-rays, laboratory, women’s health, and mental health care.

Mental health services are especially important to veterans who may have experienced trauma while serving. The new hospital will have over 200 beds and some of those beds will be dedicated to serving mental health patients. The VA clinics that are open now, offer counseling and treatment for issues such as Post Traumatic Stress Disorder, alcohol and drug addiction, depression, anxiety, and stress that is related to medical problems and pain.

“ I think one of the best benefits offered through the VA are the mental health benefits, Sullivan stated. “Being able to speak with somebody and being around other veterans who have the same issues is helpful. A lot of my friends have been in combat and these services help a lot, they really do.”

Projects like the new VA hospital and clinics are not possible without the appropriate federal funds.

The cost of the hospital is estimated at over $600 million, which was secured with the help of Sen. Harry Reid and Veterans Affairs Secretary, Erick Shinseki.

Shinseki told the Blinded Veterans Association in an address at their 65th annual convention, that the VA spends $1.3 billion annually in Nevada. These funds, he said, provide care to many of Nevada’s 244,000 veterans and have also created an additional 2700 jobs throughout the state.

Funding for veterans is expected to increase again for fiscal year 2013. According to the United States Department of Veterans Affairs, the proposed budget for 2013 is $140.3 billion. This would be an increase of $ 2.7 billion from the 2012 budget. The portion of funds that will be allocated to the state of Nevada has yet to be determined.

Veterans can take advantage of enrollment services at any of the four new VA clinics that are currently open. To be eligible for healthcare benefits through Veterans Affairs, a man or woman must have been honorably discharged from the United States military. Individuals who were discharged after 1980, must also have served at least two years of active duty.

For now, there are many healthcare venues for the veterans of Las Vegas to choose from. However, once its doors are opened, the new Veterans Affairs Medical Center may just be the crown jewel of them all.