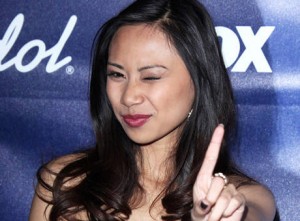 The Nokia Theatre in Hollywood, California was a fitting location for this season’s wrap-up of American Idol. Phillip Phillips and sixteen-year-old singing sensation Jessica Sanchez thrilled the audience with their style and rendition. When all of the singing was done, it was clear that each of these anxious finalists would have great difficulty getting to sleep.

Earlier in the season because of a poor response from the voting public, Jessica was forced to sing to impress the judges and convince them to use their only save. As she began to sing, the judges paraded to the stage and Jennifer Lopez took the mic from her. They said they would certainly grant her the save.

Last week, when Joshua Ledet, the odds on favorite to win the 11th-season title was eliminated, Jessica and Phillip were left to battle it out. This week, Jessica’s presentation of “Change Nothing,” didn’t wow the judges or the audience. On the other hand, Phillips’ sang “Home” with a banging drum line and earned a rousing response from the judges and the audience.

Although Phillips has a decided advantage going into the Final Show, “It ain’t over till it over.” Don’t count Jessica out. She has proven that she can defy the odds. Stay tuned; you might be surprised.

Jessica Sanchez can win Idol to beat Phillips added by Dockwalls on May 23, 2012
View all posts by Dockwalls →

One Response to "Jessica Sanchez can win Idol to beat Phillips"