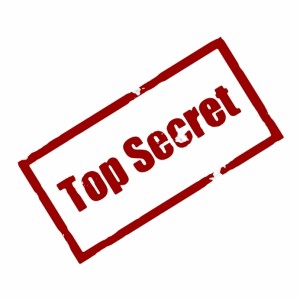 FEMA (Federal Emergency Management Agency) has come under careful scrutiny after Hurricane Katrina. Have FEMA camps been created to house dissenters of the forthcoming “New World Order” – a worldwide dictatorship? These camps (depending on the rumor) are either “indoctrination centers” or “death camps”, similar to the concentration camps built during Hitler’s so-called “Third Reich”. (If you look inside the new “VeriChip”, there is a swastika-shaped design.)

Did you know the U.S. government has the right to force citizens to work for unnamed gov’t programs and may separate family members?
[Recent U.S. Army website headline – Work as an “Internment/Resettlement Specialist”.]
2006: Homeland Security’s detention camps are created for the purpose of unknown government programs and for housing immigrants. (Construction by KBR – a global engineering service company affiliated with Halliburton.)
2008: Troops returning from the Iraq War are put on notice to crush any potential rebellion that would be the result following an “economic collapse.”
2011: Pres. Obama signs into law the National Defense Authorization Act – U.S. citizens may be arrested and imprisoned “in military custody” without a list of charges or benefit of trial, if the government believes there are involved in civil disobedience or terrorism. Time of internment: Indefinitely.

RFID CHIP (Radio-frequency identification)
Presently, the RFID chip is being used to identify animals, merchandise, driver’s licenses, cars and soldiers going overseas. Prince Harry and William are chipped. Will the “VeriChip” aka “SmartChip” be used in the future to identify “world citizens” within a One-World Government currently in the works?

My personal belief on the chip is that it’s directly linked to ObamaCare. In the not too distant future, the ObamaCare health-care program will eclipse all others. Afterward, everyone will be chipped as a means for identification, to keep track of everything you’ve done and to replace the dollar. This chip will be connected to a gov’t database which can monitor you at all times.
Some have compared it to the “Mark of the Beast/Antichrist – 666” mentioned in the Bible.
Revelation 13:16-17. And he causes all, both small and great, rich and poor, free and bond, to receive a mark in their right hand, or in their forehead: And that no one might buy or sell, unless they had the mark, or the name of the beast, or the number of his name.
Verse 18b. “…for it is a number of a man; and his number is 666.”

OBAMA ANTICHRIST
Rumors about Obama being the Antichrist surfaced during the 2008 campaign when fanatics began referring to him as “the chosen one” and the “new messiah”. Talk show host Oprah Winfrey helped start the “Is he a God?” bandwagon, giving untold millions to the fledging candidate. Obama has only fueled the rumor by saying “we are no longer a Christian nation” and ordered crosses to be covered with black shrouds at Notre Dame before he spoke. (BHO said he didn’t want to offend his Muslim friends.) Obama has made light of the “messiah” rumors by saying that he wasn’t born in a manger, he was born on the planet Krypton (Superman.) What would happen if Bush had said this?

Obama quote: “My individual salvation is not gonna come about without a collective salvation for the country. Unfortunately, I think that recognition requires that we make sacrifices in this country and this country has not always been willing to make the sacrifices necessary to bring about a new day and a new age.” What did he mean by that?

Christians are divided on the subject some calling Obama “an antichrist”, (i.e., against Jesus Christ) but not “the antichrist” in the book of Revelation. Some say he is paving the way for the antichrist.

By coincidence, the codename for Obama’s limousine is “The Beast”.

The day after Obama was elected President, the Chicago lottery numbers were 666.

Obama’s daughters are named Malia and Natasha. Spelled backward and removing some letters spells “I am Satan.” A (I) L (AM ah (SATAN).
In the Book of Revelation – The antichrist will miraculously recover from a fatal head wound, he will persecute Jews and Christians and, if you wise, you will be able to calculate his number as 666. (The Unholy Trinity.) He will set off the final great war known as “Armageddon”.

9/11: PREDICTED IN HOLLYWOOD FILMS
A number of movies made in the pre-9/11 day’s hint (or more than hint) at what would happen on September 11, 2001. Most notably are: “The Medusa Touch” – (the main character causes a passenger plane to crash into a tower by the power of his mind), “The X-Files” TV series concocted a plot similar to 9/11, “Rugrats in Paris” – (a mouse burbles out the numbers “9-11”, while their plane goes by buildings shaped like the WTC), “Terminator 2 – Judgment Day” (a truck crashes into a bridge overpass reading “WARNING 9’ 11”.) Others clues are contained in “The Simpson’s” TV cartoon, the “Super Mario Bros.” film, “Godzilla” (1998) and “Gremlins 2”.

ELECTION FRAUD
This opinion holds for those who are unhappy with the outcome of an election, that is, the “disenfranchised”.

In Election 2000, George W. Bush had the Florida recounts stopped by the Supreme Court when only 537 votes separated him and then Vice-President Al Gore. Thus, began the opinion that the presidency was stolen from Gore. It’s worth noting that every vote was counted – just some were not manually recounted by Democratic poll workers.

In 2004, it was theorized by Democrats that Bush would again steal the election by the use of a new computerized voting system. As it turned out, candidate Sen. John Kerry lost, probably due to the “Swift Boat” ads and there were few complaints.

In 2008, there were no complaints from Democrats when their hero, suspected foreigner Barack Obama won. Even Dems would admit fake votes came from ACORN, but since the election wasn’t close, it didn’t matter. Right?

3 Responses to "CONSPIRACY THEORIES OR CONSPIRACY FACTS? YOU DECIDE!"