By DiMarkco Chandler on September 22, 20122 Comments 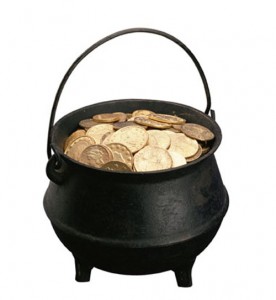 When Walter Samaszko, Jr. died in June from heart problems. He was not discovered until about a month later. He was 69 years old. He lived with his mother in a Carson City home. She passed away in 1992.

When the house was put up for sale, the realtor, who had a friend living on the same street, asked him if he would like to see some of Samaszko’s belongings. Among the items in the home were several cases of ammunition. He liked to go hunting with his nephew. When they opened one of the boxes, what they found was not ammunition. They discovered rolls of gold coins wrapped in foil. Some were dated as far back as 1840. By weight alone, the gold is estimated to be worth 7 million dollars, but could be much more depending on the condition of the coins and their age. The realtor immediately called a friend, Alan Glover, a Carson City Clerk and Recorder.

Records from the funeral of Samaszko’s mother in 1992 produced one living relative, a first cousin in San Rafael, California. Her name is Arlene Magdanz. After the IRS takes their share, the rest should go to her.

I guess I’ll have to be kinder to my distant relatives!