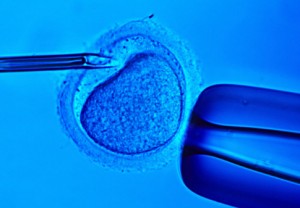 A study by Japanese researchers involving the use of stem cells to create eggs and sperm, and fertilized eggs as a result, has been announced.

The scientific effort to achieve this result has been afoot for many a year, and the Japanese researchers efforts have been attained in mice for the time being.

The next step would be to try to attain these results in humans.

The team of researchers from Kyoto University, have established that the eggs can be replicated from stem cells, and even the sperm as well.

A summit on the issue is scheduled for December 3rd thru 5th, 2012, at the Palm Beach County Convention Center in West Palm Beach, Florida. The Genetics Policy Institute (GPI) has announced that the mice egg stem cell researchers from the Kyoto University Institute for Integrated Cell-Material Sciences (iCeMS) will be co-organizers of the event.

If this result can be achieved in humans, it may allow women the chance to become pregnant later in life, without the inherent problems already associated with advanced age proliferation reduced to some degree.

Ten percent of women in their child bearing years are hindered by problems becoming pregnant, whether it be a male problem of low sperm count, or just achieving full term status.

Attempts at bolstering collaborative reproduction is the intended result, as 33% of all couples fail in their attempts at live birth currently. 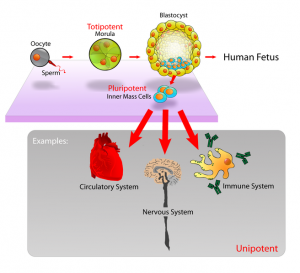 More to the point, this new technology, if attained in humans, opens up a world of possibilities, and a whole other set of questions.

With the recent announcement that several of the hardest Cancer types may be able to be cured by examining each individuals DNA strand and then prescribing a personal curative approach for each cancer patient, could this technique, coupled with the stem cell research, allow for complete cloning of humans, with perfect DNA strands to allow for the absence of disease and other typically human ailments and negative life expectancies?

It is a slippery slope that we probably should not descend to, but it has already happened, and there is no turning back now.

Many groups of people were against stem cell research to begin with, the church being one.

President George W. Bush was another, and during his administration, he outlawed the practice, allowing only limited research.

“Those that cannot remember the past are condemned to repeat it,” a quote from George Santayana comes to mind.

Adolf Hitler and the Nazi’s were trying to create the master race of human beings during the 1930’s and 40’s, and if he had this technology then, well we all might be goose-stepping right now.

It would appear that the only thing needed for cloning of humans without the aid of a female host would be a synthetic womb, a place for the DNA modified, stem cell created egg and sperm, fertilized in a Petri dish, to be implanted.

Hard to believe, but true.

Japanese Stem Cell Discovery could lead to Human Cloning without the need for Humans added by Jim Donahue on October 5, 2012
View all posts by Jim Donahue →