OBAMA IS NO FRIEND OF ISRAEL 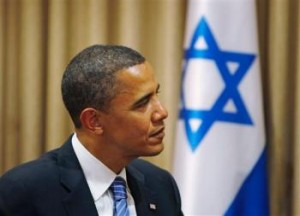 Obama’s “Arab Spring” is turning into America’s nightmare. While violence and rioting spread, and our embassies go up in flames, our President campaigns with a smile on his face as if it’s business as usual. Israel’s Prime Minister Benjamin Netanyahu asked for a meeting, especially in regards to the growing danger of Iran’s nuclear capability. Obama refused him, continuing on his endless campaign tour, trashing Gov. Romney as “rich” and “out of touch”. Out of touch? If America were nuked, I think Obama would somehow use it as part of his campaign. Surreal. 9/11/2012. In a planned attack (and not a protest) assassins set fire to the U.S. Embassy in Libya, firing an incendiary grenade into the building. What happened next to U.S. Libyan Ambassador Christopher Stevens isn’t fit to write about. Updated reports say Amb. Stevens died from cardiac arrest while being rushed to the hospital and not smoke inhalation. Reporters visiting the abandoned embassy saw blood smeared on the walls and toilet. What do you think happened there? Incredibly, the (now dead) servicemen guarding Amb. Stevens weren’t allowed to load their weapons. Doesn’t that sum up the Obama Administration? The empty guns of political
correctness.

Gov. Mitt Romney was strongly condemned for criticizing a “tweet” from our State Department apologizing to Egyptian protestors and for “the hurt feelings of Muslims” due to an anti-Islamic video on YouTube. According to the Obama Administration, that video titled “The Innocence of Muslims” is to blame.

May 19, 2011. Nineteen days after the announced death of Osama bin Laden, Obama suddenly declares that it’s time for Israel to give up land they won in their famed 1967 six-day war, all in the name of peace. He
calls for “a full and phased withdrawal of Israeli forces” from “occupied Palestine.” Additionally, he said, “Israel must be able to defend itself, by itself.” If you stop and analyze that last statement, it’s pretty obvious Obama is saying, “If you’re ever attacked, the United States isn’t going to help you.” Soon thereafter, Benjamin Netanyahu met with Obama, explaining that giving up land is not an option; reducing his country’s size would make it indefensible. Obama sat grim; his contempt obvious. What was Pres. Obama thinking at the time? “Damn it, you just lost me my second Nobel Peace Prize!” The President is so used to people agreeing
with him that it must have been a great shock for the poor fellow. Hope he got his emergency Shiatsu. 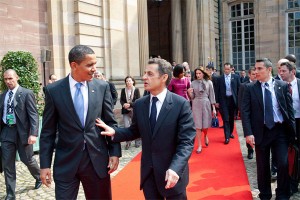 Iran has, by all reports, stepped up its nuclear armament program, on the chance Gov. Mitt Romney wins the 2012 Election. The Obama Administration, on the other hand, has stated they won’t “redline” Iran
nuclear plans and that an air- strike by Israel is unlikely because they don’t have U.S. support. March 2012 – The Obama Administration outs Israel’s plans to use airbases in Azerbaijan, near Iran’s northern border. (Foreign Policy magazine.) With friends like Obama who needs enemies?

September 27, 2012. Israel’s Prime Minister Benjamin Netanyahu spoke before the U.N. saying, “The red-line must be drawn on Iran’s nuclear enrichment program. I believe that faced with a clear red-line, Iran will
back down. Nothing could imperil the world more than a nuclear-armed Iran.” Obama fans claim that it doesn’t really make a difference if Iran has a nuclear missile. “After all, don’t we? Who are we to tell other
countries they can’t have a nuclear bomb?” Does Iran have a stable regime? And by stable, I ask if Pres. Mahmoud Ahmadinejad is mentally stable. Iran’s president believes all of this is leading to the war that will end all wars; bringing Islam’s Mahdi back to rule the world. We’ve seen what can happen when a film is released on YouTube that insults Islam. What future catalyst do Muslim extremists need? Now do
you see why it isn’t a good idea to have a nuke in the hands of the easily offended? The USA survived the Cold

War with the Soviets through “MAD”: Mutually Assured Destruction. “MAD” no longer exists. For Islam, martyrdom is a great honor. Whatever you believe about our current President – that his foreign policies just haven’t worked out or that his Muslim background shapes his ideas or even that he secretly works for the Muslim Brotherhood – it all comes down to one thing – abandoning Israel as an ally. Ask yourself, why did Obama return the bust of Winston Churchill back to Great Britain? Because he wanted no part of an “imperial colonist” who helped give Israel its homeland. December 21, 2012 marks the end of the Aztec calendar. Many have misinterpreted this date as the end of the world. It does bring an end to what is known as “The Piscean Age” – the age of Jesus Christ. What did the Aztec’s know? How did they know? It is the dawning of a new
age: an age of false gods and false prophets. Evil times are on the horizon.

2 Responses to "OBAMA IS NO FRIEND OF ISRAEL"