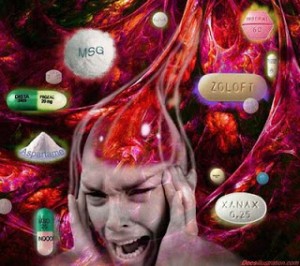 Selective serotonin reuptake inhibitors (SSRI) should not be prescribed to elderly individuals that reside in nursing homes according to the inference implied by two new studies. While there are not many alternative therapies for treating depression, the risk taken by the aforementioned patients far outweighs the benefits of the drug.

Web MD, along with a host of other authoritative sources; claim that millions of American suffering from depression, anxiety and other mental health disorders can improve their condition with the use of SSRIs. But a careful look into the efficacy of the drug appears to have yielded mixed results at best. For several years now SSRIs have been widely controversial among researchers who often argue that patients with mild or moderate cases have had little if any improvement from the use of the drug.

Now reports suggest that selective serotonin reuptake inhibitor has a high probability of increasing an elderly patient’s risk of falling, consequently causing injury when given to nursing home residents suffering from dementia.

Additionally, research conducted recently by the Alzheimer’s Society has revealed that Selective Serotonin Reuptake Inhibitors are of no benefit for dementia patients living in care homes.

The study reveals that the risk is dose-dependent, with those using average doses having 3 times the risk compared with nonusers, the authors, led by Carolyn S. Sterke,

“Even at low doses, SSRIs are associated with increased risk of an injurious fall in nursing home residents with dementia,” the authors write.

Professor Clive Ballard, the Director of Research at the Alzheimer’s Society said, “Two thirds of care home residents have dementia so it is worrying that a common antidepressant, Selective Serotonin Reuptake Inhibitors (SSRIs), is causing increased risk to people with the condition”.

And it’s not just an injury doctors are afraid of; quite often the falls could lead to death.

Professor Ballard further affirmed that they would be extending the research so they could get to know about other safer options for dementia patients.

They want to find an alternative early so that they could start with its prescriptions as about two-third elderly people living in care homes are suffering dementia. So they have to make sure that they remain safe there.

Rotterdam study drew the same conclusions in their research. In their investigation they found that a person taking SSRIs falls about 248 times in a period of two years. During the period, more than 583 elderly people suffered severe injuries such as fractures, sprains, bruises, and even death to similar mishaps. As per them, there is direct association between SSRIs and falls.

So now, it has become more important to find another safer option for dementia people who live in care homes. It is reported that there are chances for the research team to join Alzheimer’s Society in their further research.

The use of an SSRI with a hypnotic or sedative increases the risk even further, they add.

The study is published online January 18 in the British Journal of Clinical Pharmacology.

Rotterdam found that head injury occurs when an outside force hits the head hard enough to cause the brain to move violently within the skull. This force can cause shaking, twisting, bruising (contusion), or sudden change in the movement of the brain (concussion).

In some cases, the skull can break. If the skull is not broken, the injury is a closed Head injury. If the skull is broken, the injury is an open Head injury. In either case, the violent jarring of the brain damages brain tissue and tears nerves, blood vessels, and membranes. The severity of this damage depends on the location and force of the blow to the head. When brain tissue is damaged like this it rarely is able to function normally.

The brain has many different functions in the body, and any of them can be disrupted by this damage.

Not all brain damage is permanent. Like all body organs, the brain can heal to a certain extent. But even this healing may not bring the brain’s function back to what it was before the injury.

“These are frail, elderly patients,” Josepha A. Cheong, MD, professor of psychiatry at the University of Florida College of Medicine, Gainesville, Florida, who was not involved in the research, told Medscape Medical News.

“This study is a reminder that the elderly with dementia are prone to many serious complications, such as falls, and are certainly more sensitive to polypharmacy. They are more likely to be on multiple medications. This is likely to potentiate any adverse drug reactions or side effects, including increased sedation, which can certainly predispose a patient to a fall,” she said.

The study investigators analyzed daily drug use and daily falls over a 2-year period, from January 1, 2006, to January 1, 2008, in 248 nursing home residents with dementia. Their mean age of the participants was 82 years.

The investigators extracted the use and dose of SSRIs and other drugs known to increase the risk of falls, including antipsychotics, anxiolytics, hypnotics, sedatives, antidiabetic drugs, beta-blocker eyedrops, cardiovascular drugs, analgesics, anticholinergics, antihistamines, and antivertigo drugs, from the prescription database in the

The most common SSRI was citalopram, followed by paroxetine, sertraline, and fluvoxamine. The tricyclic antidepressants amitriptyline and nortriptyline were also used; other antidepressants included trazodone and mirtazapine.

The fact that these drugs make patients more lethargic and lead a catastrophic fall is one thing, but the possibility that they may not be even helping patients with mild disorders arguably borders of criminality.

Don’t get me wrong, SSRIs have shown dramatic improvement for many suffering from severe depression and a number of other psychiatric conditions. In fact, some patient conditions have only improved with the use of SSRI as the use of other treatments has failed to provide them with effective results.

Nevertheless, SSRI is full of risks that are quite sobering once acquainted with them.

In spite of their dangers they remain a first line treatment for depression.

But, there is no real reason to continue use to vulnerable elderly nursing home patients since current studies demonstrate that for this group there is no palpable advantage, only disadvantages engendered by their use.