Time to discuss drone warfare in Israel, Iran, and Pakistan 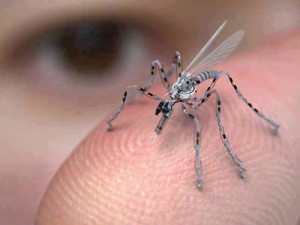 The idea that warfare could be fought with unmanned aerial vehicles was simply one man’s imagination in 1940, however, present day technology appears to have transcended what was once yesterday’s dreams. As modern warfare sheds antiquated weapons to replace them with more powerful, sophisticated and diverse, the use of drones has increasingly risen as the weapon of choice. The word “drone” comes from an Old English word “dran,” meaning “male honeybee.” It most likely originated out of the Greek word, ὀνοματοποιίa, which points to the sound bees make; the “buzzing.” In ancient times some living creatures were named for the sound they made. In the 16th century the name drone figuratively gave a sense of idler or lazy worker, as male bees make no honey. However, in its broader sense the Old English also used the word dore for male bees which evolved into “Dumbledore,” “bumblebee.” “Dore” survived in the Dutch language as “dar,” meaning “drone.” The importance of the term drone in connection to their military uses has to do with their distinct characteristic eyes that are twice the size of worker bees and queens; and though their body size is greater than that of worker bees, in other words they have heavy bodies, drones must be able to fly fast enough to accompany the queen in flight while at the same time mate with them. Thus, speed and large seeing eyes, which specifically gives them superior sight are distinct traits found in all drones. Therefore, the military use of mechanical drones reflect two qualities found in drone bees; sight for finding their targets (reconnaissance mission), and speed in order to go undetected as well as to deliver and strike a target of war before the victim is aware it’s been targeted, and therefore unable to escape.

That’s the raw entomological description, and comparative link between live and mechanical drones. Today’s combat drones have become even more sophisticated than the 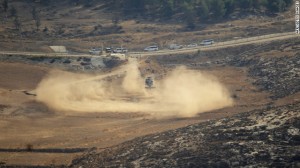 bumble bee that their name was derived from. But not all drones are technologically equal as Saturday’s unarmed drone infiltration into Israeli airspace proved. Israel’s military was able to quickly respond to the drone launched deep into their fiercely guarded airspace. Israeli Defense Forces spotted the drone, which did not carry any weapons or explosives, hovering over Gaza before it entered Israeli airspace, military spokeswoman Avital Leibovich said. Forces kept the drone under surveillance, flying alongside the aircraft until a fighter jet shot it down around 10 a.m. Saturday over the Yatir Forest, an unpopulated area near the border with the occupied West Bank, according to Israeli Defense Forces. The incident, however, raised the possibility of a retaliatory response. Given this volatile atmosphere, it might serve us all well to take the time to discuss drone warfare with regards to Israel, Iran and Pakistan. A closer look at the possibility of widespread drone warfare might consequently prove to be as dangerous as nuclear war just because it could trigger one. And no one can afford to fight even one nuclear war.

Perhaps there’s no better starting place for discussing drone warfare then to start with Saturday’s drone launch deep into Israeli airspace. Within 20 minutes of its launch, Israel’s air force was able to shoot it down.

An Israeli military spokeswoman, Avital Leibovich, did not say whether the drone had flown over sensitive targets, or speculate about its mission.

“We view this incident of attempting to enter Israeli airspace very severely and we will consider our response later,” Defense Minister Ehud Barak said in a statement.

It was not clear where the drone originated. Military officials, however, said it does not appear that it took off from Gaza, which along with Egypt’s Sinai Peninsula and Mediterranean Sea forms the western border of the Negev. 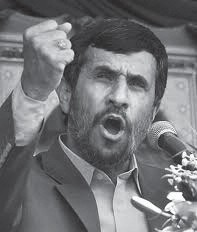 No hostile aircraft has penetrated Israeli airspace in six years, according to the Associated Press.

The pro-Iran Islamic militant group Hezbollah, a prime suspect in today’s incursion, has previously sent drones into Israel. Last week, Israeli officials announced they had arrested an Arab citizen living in Israel on charges of spying and identifying vulnerable military targets for Hezbollah.

Israel “will continue to defend our borders in the sea, on the land and in the air for the security of the citizens of Israel,” Prime Minister Benjamin Netanyahu said.

Israeli parliament member Miri Regev, a former chief spokesman of the military, wrote on Twitter it was an “Iranian drone launched by Hezbollah”, referring to the Lebanese Shi’ite group that fought a war with Israel in 2006.

Correspondents say several small drones have penetrated Israeli territory in the past, but from the north.
An Israeli navy ship was damaged by an explosive drone in July 2006.

Also in 2006, Israeli forces quickly shot down a drone that Hezbollah launched into Israel. And in 2010, an Israeli warplane shot down an apparently unmanned balloon in the Negev near the country’s Dimona nuclear reactor.

Two others flew over part of northern Israel in 2004 and 2005 without being intercepted.

Most people understand very little about these unmanned aerial vehicles. The concept of the combat drone was explored first by Dr. Lee De forest, an early inventor of radio devices. Dr. Forest’s idea was first published in an article found in a 1940 publication of “Popular Mechanics” Magazine, called “Robot Television Bomber.” The articles opening paragraph states: “A Robot bombing plane, literally a flying bomb with a mechanicaleye for seeking out its target, is the proposal of Dr. Lee De Forest and U.A. Sanabria, Chicago televisionengineer, who believe that such planes, built at an approximate cost of $10,000 each, would be a simple and practical method of greatly increasing the accuracy of aerial bombardment.”

“In flight such a plane would be steered and operated by radio from a control plane that could remain as far as ten miles away.”

It was a fascinating idea back then and remains quite captivating today.

Ironically, during the 1980s, Iran used a simple drone capable of holding six RPG-7 rounds in combat in the Iran-Iraq War. An RPG-7 is a Russian weapon that is widely-produced, portable, unguided, shoulder-launched, anti-tank rocket-propelled grenade launcher. The initials RPG represents three Russian words Ruchnoy Protivotankovyy Granatomyot (Ручной Противотанковый Гранатомет) which simply translates into the English words; “rocket-propelled grenade.” Nevertheless, it’s important to note that the first time a combat drone was used in war was the in the “Iran-Iraq War.”

That said; the U.S. has taken drone technology to another level. And it was President Barack Obama that history will show first began to maximize their potential uses and effectiveness in combat.

He recently acknowledged that the U.S. used UVAs to attack high-value terrorist targets on Pakistan’s territory.

It may be rarely known that “drones” come in numerous shapes and sizes, have a wide range of potential civilian and scientific uses, including law-enforcement and industrial monitoring. However, most people familiar with these pilotless planes understand their military purposes (reconnaissance and combat operations).

While drones have been developed for decades by various countries, they came to their recent military prominence due to two factors: (1) technological advances allowing unmanned flying objects to be accurately guided over large distances and (2) better intelligence gathering on the ground, which makes it possible to pinpoint and strike high-value military targets while keeping civilian casualties and other collateral damage as low as possible.

Unofficial accounts of Obama’s use of UAVs in America’s war on terror suggests that 210 drone strikes were reported to have occurred in Pakistan’s tribal belt from 2009 through 2011.

While many countries are attempting to manufacture drones, most of them are either technologically unsophisticated or are being used strictly for civilian purposes.

Reportedly, the U.S. and Israel are the two most important manufacturers of military drones, with the United States being both the largest producer and the most frequent user of the aircraft.

Depending on type; costs of these deadly weapons range from $4.5 million-$30 million per unit. The Predator is on the low end of price range while the Reaper is the most expensive model.

In 2010, Iran claimed to to have successfully tested a four meters long, 1,000 kilometer range combat drone called the Karrar. Pakistan and India also say they possess combat-capable drones, but most experts believe drones manufactured by these countries are significantly inferior in almost all technological aspects when compared to those produced in the U.S.

Many other countries, including world powers Russia and China, have been trying to manufacture deployable drones for a long time. But technological difficulties and a lack of accurate intelligence gathering capabilities imposes limits on the effectiveness of their use.

With Tensions dramatically escalating in the Middle East in recent weeks, with Netanyahu warning the United Nations two weeks ago that Iran must be stopped from obtaining a nuclear weapon, and with Saturday’s apparent drone attack, it is perhaps important to know what these weapons can do and who has them.

A major war in the Middle East seems not only closer but inevitable when you consider recent rhetoric from Eastern leaders.

“The world tells Israel ‘wait, there’s still time.’ And I say, ‘Wait for what? Wait until when?’” Netanyahu said in September. “Those in the international community who refuse to put red lines before Iran don’t have a moral right to place a red light before Israel.”

President Obama refused last month to meet face-to-face with Netanyahu, but emphasized his commitment to stability and security in the region.

Obama made clear that his primary concern is for the safety of Americans.

“When it comes to our national security decisions — any pressure that I feel is simply to do what’s right for the American people,” Obama said. “And I am going to block out – any noise that’s out there. Now I feel an obligation, not pressure but obligation, to make sure that we’re in close consultation with the Israelis — on these issues. Because it affects them deeply. They’re one of our closest allies in the region. And we’ve got an Iranian regime that has said horrible things that directly threaten Israel’s existence.”

The fact of the matter is that drones are so effective in killing its programmed target, ultimately no nation or its citizens will ultimately be safe with its continued use. It is not just nation states that have shown an interest in drones. There have been unconfirmed reports that Hizballah used a drone in the 2006 war in Lebanon. Al-Qaeda was also once reportedly looking into the possibility of using UAVs.

Common sense at least tells us to have a conversation about the potential threat that a widespread drone war would pose and the potential nuclear war that could follow such a scenario.