From Emmett Till to Trayvon Martin and Jordan Davis

From Emmett Till to Trayvon Martin and Jordan Davis

Throughout American history black males have been seen as a threat even when they are unarmed and even when wearing attire that was professional. Still, Tragic events such as the death of 14-year old Emmett Till because white men assumed he whistled at a white woman. Causing these citizens to feel that they had the “right” to brutally torture and kill Emmett Till. Still in 2012 you have young black men seen as guilty criminals first. A stereotype that should have died but has been with held to this day. These young black men are not threats but simply just minding their own business, living their own life till a stranger assumes differently and takes matters into their own hands. As this “stand your ground law” in Florida continues to give them that right just as the sheriff in the days of Emmett Till stood around as lynch mobs killed innocent blacks.

No one wants to admit it but racism is still alive today and it seems like it may be worst. Some would argue that Trayvon shouldn’t have been wearing the hoodie or the teens should have had their music lower. Forgetting that it was a light sprinkle the night Trayvon was shot and Zimmerman shot him in his chest instead of in a leg. As neighbors who say they heard the commomtion outside but did nothing to help. Or perhaps one could forget that teens like Jordan Davis like their music loud and blaring. Something teens of all races enjoy but you don’t see people shooting eight or nine shots at every teen for doing so. 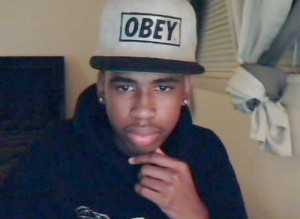 Sure we all may be annoyed but really your at a public gas station and only for a few minutes so why not do what you have to do and leave. No one gets hurt and you more than likely will not see the teens again and Jordan Davis still alive. Still, the question that the remains is, why so many shots, why not just a warning shot and let’s not forget this tragic event took place at a gas station. What if one of those shots had hit a gas pump. Then, Mr. Dunn would be on trial for more than just Jordan Davis murder. He may have been given the right to protect himself but at the same time his judgment was clouded where he could of even killed himself if an explosion had occurred due to one of his shots being fired at a gas pump.

So why is that still, in 2012 young black men are seen as threats, and innocent lives such as Trayvon Martin and Jordan Davis are gunned down due to their attackers feeling “threatened.” Both of these attacks took place in Florida and due to Florida’s “stand your ground law,” a law that needs serious re-examination by its lawmakers before another innocent life is taken. The law may have good intentions but it is flawed heavily as it gives a gun holder the right to shootfirst, and ask questions later if they feel threatened. This law may work in some cases but in the cases of Trayvon Martin and Jordan Davis the victim wasn’t the shooter but the person shot. Both teens were 17 year old and unarmed teens. 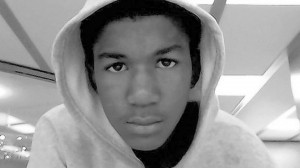 In the case of Trayvon Martin he was seen as a threat because of his hoodie and he “looked” high. Even as 911 dispatchers told, Zimmerman not to follow Trayvon he did making Trayvon aware that he was being followed and Trayvon a minor became afraid. Still, against dispatchers wishes Zimmerman pursued Trayvon and in that pursuit shot and killed Trayvon. When instead Zimmerman should of stayed put in his car and let the police handle the situation. Instead of acting like he was law enforcement and taking matters into his own hands. Perhaps then Trayvon Martin will still be alive today.

As for the case for Jordan Davis, he was found threatening due to loud playing music that he and a few friends were listening to in their parked truck at a gas station. It was the assumption of 45 year old Michael David Dunn who asked the teens to turn down the music and when they didn’t, Mr. Dunn says the teens pointed a gun at him so he shot eight or nine shots at the teens killing Jordan Davis. Police did not find a weapon in the teens possession. So what will make Mr. Dunn shoot 8 or 9 shots into the vehicle instead of just calling 911 or perhaps not saying anything to the teens. Everyone knows teens like to blast their music, and blasting music has never harmed anyone. Mr. Dunn didn’t have to say anything to the teens but take care of his business at the gas station and leave. Instead Mr. Dunn shot eight or nine shots at the teens and fled the scene. 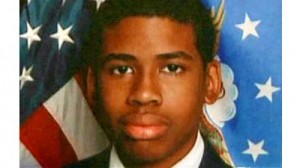 Now Zimmerman and Michael David Dunn are facing charges of taking two innocent lives as the families of Trayvon Martin and Jordan Davis grieve the loss of their beloved sons.