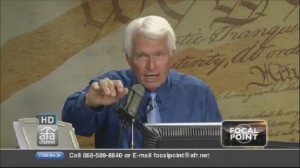 Researchers at the National Institute for Mathematical and Biological Synthesis (NIMBioS) released a study yesterday on homosexuality that indicates the underlying cause of homosexuality is not genetic, but epigenetic in nature.

The study was published online today in the Quarterly Review of Biology, and indicates that epigenetics seems to be a critically overlooked fact that contributes to the well established theory of why homosexuality occurs.

The Darwinian natural selection process precludes homosexuality as a genetic trait that would be passed along the evolutionary gene pool and expected to develop in different generations as time goes by, however homosexuality is a common trait for both men and women in all cultures.

The Working Group on Intragenomic Conflict, based at the National Institute for Mathematical and Biological Synthesis, have orchestrated a biological and mathematical model that combines evolutionary theory with molecular regulation of gene expression along with androgen dependent sexual development that delineates the role that epigenetics plays in homosexuality.

Epigenetic’s is the study of heritable changes in gene expression or cellular phenotype, that is caused by mechanisms other than the normal changes in the underlying DNA sequence of human beings. It refers to relevant modifications in a genome that allows a functional change in the nucleotide sequence of the gene, without modification of the DNA sequence.

Epi-marks are an extra layer of information attached to the backbones of our genes that regulate their expressions. Gene expression carries the formula for gene development, but the epi-marks direct that formula as to when, where, and how much of a gene is expressed during the development of the fetus. New epi-marks are created each generation, but there is some evidence that some of these epi-marks can be turned off and carried over between generations, contributing to a similarity between relatives.

“Transmission of sexually antagonistic epi-marks between generations is the most plausible evolutionary mechanism of the phenomenon of human homosexuality.” Said Prof. Sergey Gavrilets, the study’s co-author and the associate director for scientific activities at the National Institute for Mathematical and Biological Synthesis.

When these epi-marked altered genes are transmitted across generational lines from fathers to daughters or mothers to sons, the effects may be reversed, allowing for a masculinization of female fetuses, as well as the feminization of the male fetus.

Bryan Fischer, of the American Family Association, and anti-gay-rights activist, claims in a new blog posting on the ‘Renew America’ website, that homosexuality could be considered a birth defect, now that the research mentioned in this article has come to light.

“So scientists have abandoned the search for the gay gene,” Fisher reported. “As I have said before, I suspect that not even homosexual activists today want the gay gene to be found, even if it exists, because of advances in pre-natal genetic testing.”

He indicated his concern for the cause of homosexuality being labeled as a birth defect would cause women to have abortions over this issue.

On the Renew America blog, Fischer indicated that “if 90% of babies in the womb for diagnosed with down syndrome never draw their first breath, one of the chances that parents disposed to abortion will not exercise the same choice with regard to the gay gene? The scientists in Koebler’s article (Jason Koebler of US News), in my view, are now resorting to genetic subterfuge and are coming dangerously close to saying that homosexuality is the result of a genetic defect, a genetic abnormality.”

Fischer made the remark yesterday on his radio show, after he had published it in the blog, Renew America.

Fischer is the public face of the anti-gay hate group called, the American Family Association.

Watch this video from rightwingwatch.org and judge for yourself.
Caution: This video may contain disturbing images and have included in it hate speech regarding homosexuality, viewer discretion is advised.