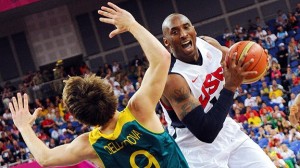 In 1961, the Minneapolis Lakers moved to the west coast and became the “Los Angeles Lakers”. I was 15 years old and played basketball daily until it was too dark to define the rim. My brother and I were given tickets to go to a Lakers’ game in 1962. They were still playing at the Los Angeles Sports Arena which was located in the downtown area near USC. I was in awe. Elgin Baylor was still playing, and the Lakers had acquired “Zeke from Cabin Creek” in 1960. Jerry West would become one of the greatest guards ever to play the game, who later received the nickname, “Mr. Clutch”.

During my high school basketball career, I molded my jump shot to Jerry West’s. The NBA symbol depicts him and his legendary form. I listened to or watched every Laker game I could. Chick Hearn will live forever as the best play by play announcer in the game, known as “the fastest mouth in the west”.

I cherished the Kareem Abdul-Jabbar/Magic Johnson era when they finally beat the Boston Celtics. Epic battles between Larry Bird and Magic gave us some of the greatest moments in sports history.

Today’s Lakers lack both the history and intensity of their predecessors. Early in the season when Laker management decided to fire Mike Brown and sought Phil Jackson’s return as their head coach, all of basketball had a fearful moment. When Jackson hesitated, Laker management made a rash decision. They hired Mike D’Antoni. He is a coach with no measure of success. From what I understand, he was hired to remake them in the mold of the Magic era when they were a “running” team. With the exception of Kobe Bryant, the team does not possess that talent. The Lakers have a losing record as of this article.

Two of their starting players are seven feet tall, Gasol and Howard. Their strengths are in passing and moving the ball inside to their “big men”, or passing the ball outside to allow Kobe to shoot a jump shot or drive to the basket.

I believe Jackson may have taken them back to the NBA finals. D’Antoni will continue to make them a mediocre team at best.

Professional basketball needed the Lakers to once again offer a threat to every other team. Attendance is down overall, and television ratings are dwindling. Like me, many fans who are old enough to drink alcohol legally, have lost the fervor we possessed in our youth. It has become a game of players right out of high school, earning ridiculous amounts of money, and sporting a “gangster” attitude. Today’s coaches must be allowed to wield and ‘iron hand’ by management. Instead, they continue to hire coaches who have poor resumes and pay them accordingly. The business of sports trumps the game itself. The ultimate loser will always be the fan who no longer can afford to attend the games, and, if they watch at all, witness on television a majority of teams that will never win a championship. They could learn a lot from the NFL.