Two More Years With the “Boner” 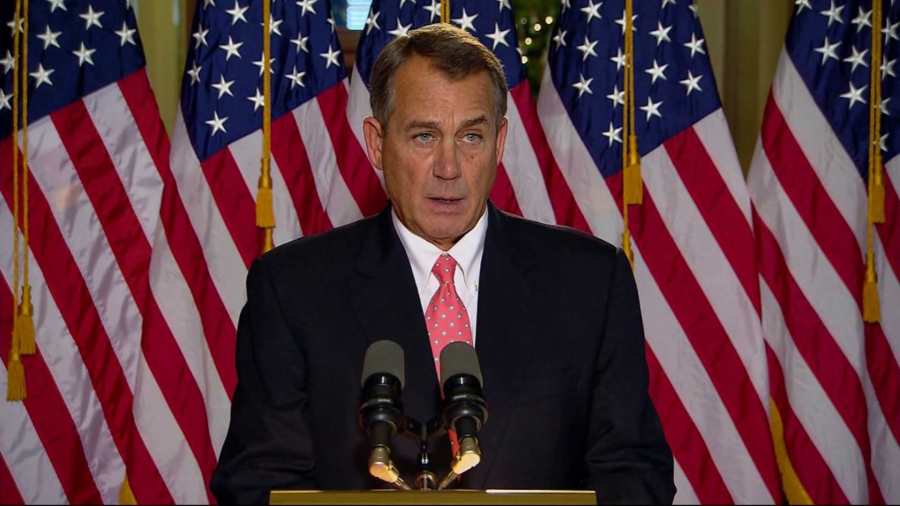 With all but 10 Republicans voting for him, John Boehner was voted another two year term as Speaker of the House. He received 220 votes, Nancy Pelosi 192. Although the G.O.P. House is divided, he will have a second term. Maybe no one else wanted the job, or maybe it’s the result of something I heard Senator John McCain of Arizona say yesterday: “There is a lack of courage in Washington. No one wants to stray from party lines and get the job done”.

With his reelection we can expect the word “compromise” to be thrown out of the window during all negotiations. He will continue to dictate to the House how to vote and what to say. As they say, in Washington, there will be “no business as usual”.

On the positive side of the first day of the 113th congress, every member was elated to see Senator Mark Kirk of Illinois walk up the 45 steps to the Capitol’s entrance. Vice-president Joe Biden was at his side, and several Senators were at the top of the stairs to greet him.

Kirk missed the last year having suffered a major stroke. After months of extremely difficult rehab, his speech is almost normal, he has use of his left leg, and minimal use of his left arm. Taking his seat, he said, “I’m glad to be back”.

In both houses, members stated their religious beliefs. The majority profess to be Protestants, next were Catholics then Jews. There were a couple of Muslims and Buddhists.

All of America hopes they’ll do a better job than the dysfunctional 112th. They would have to try real hard to do worse.