Las Vegas: One person dead and one injured in overnight shooting 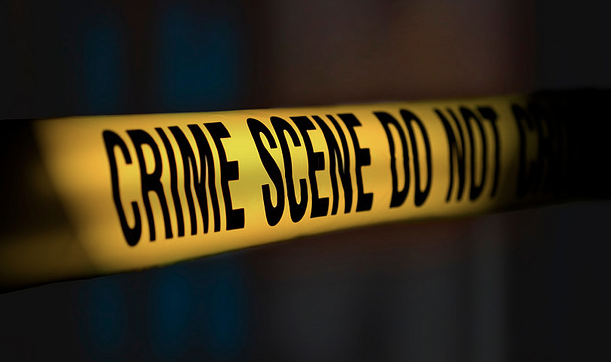 On Saturday, January 12, 2013 at approximately 1:30 a.m. the LVMPD Dispatch Center received numerous calls of shots fired in an apartment complex in the 1400 block of East Reno Avenue. Upon arrival, patrol officers located a male victim on the ground within the complex deceased from an apparent gunshot wound. Another male sustained an apparent non-life threatening gunshot wound and was transported to Sunrise Trauma Medical Center.
The preliminary investigation initiated by Homicide Detectives indicated the two victims were attending a party in an apartment when a fight broke out. Attendees of the party exited the apartment where multiple gunshots were fired.
The investigation into this incident continues and no suspects have been identified. The
identity of the deceased victim as well as the cause and manner of death will be released by the Clark County Coroner’s Office.
Anyone with any information about this incident is urged to contact the LVMPD Homicide Section at 828-3521 or to remain anonymous contact Crime Stoppers by phone at 385-5555 or on the internet at www.crimestoppersofnv.com.

Las Vegas: One person dead and one injured in overnight shooting added by gricelda7 on January 12, 2013
View all posts by gricelda7 →