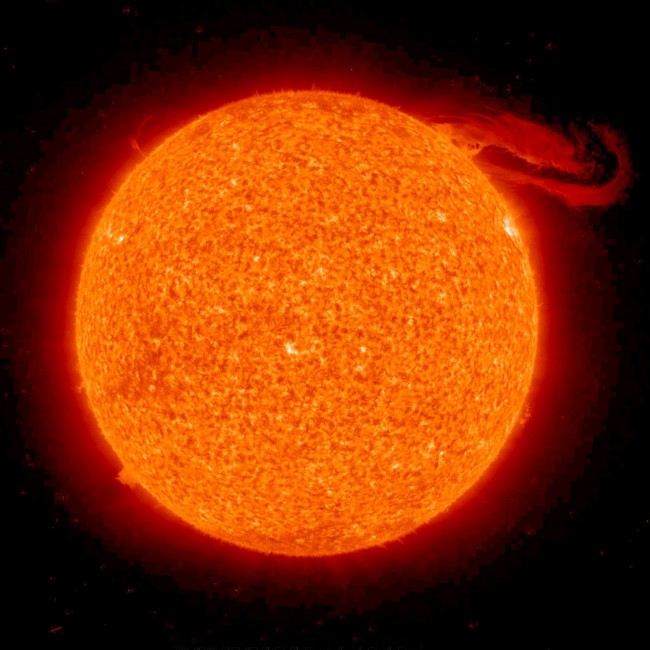 NASA is reporting that there were 2 Coronal Mass Ejection’s of our Sun in the last week, based on observations from NASA’s Solar Terrestrial Relations Observatory (STEREO), and the ESA/NASA Solar and Heliospheric Observatory (SOHO).

On January 23, 2013 at roughly 9:55 AM EST, a Coronal Mass Ejection was expelled the Earth’s Sun, at speeds approaching 400 mi./s. The image was captured by NASA’s Solar Terrestrial Relations Observatory. This CME was not directed towards the Earth.

The ESA/NASA combined project, the Solar and Heliospheric Observatory (SOHO) captured the 2nd of 2 Coronal Mass Ejection’s of the day. This CME was directed towards the Earth.

A Coronal Mass Ejection (CME) is categorized as a massive burst of solar wind along with magnetic fields that rise above the solar corona, while being released into space.

CME’s have been linked with other types of solar activity such as solar flares, but no correlation between the 2 has ever been confirmed.

When a Coronal Mass Ejection is directed towards the Earth, an anomaly of space weather may occur that is described as a Geo-Magnetic Storm.

The outward most atmosphere of the sun is called the Corona, the structure of which is an extremely strong magnetic field. Fields of sunspots on the sun are often closed over, and when the confined solar atmosphere in these sunspots erupts, a sudden and violent release of particles combined with gas and magnetic fields create a Coronal Mass Ejection. Billions of tons of solar particles then surge outward from the surface of the sun, at speeds approaching 1.5 million MPH.

This occasionally creates auroras in the North and South Pole regions of the earth, which may or may not affect electrical and satellite communication systems here on earth, depending on the intensity of the CME.