NASA Space Observatory (SDO) Makes "Nostradamus Like" Discovery, could be one for the record books. 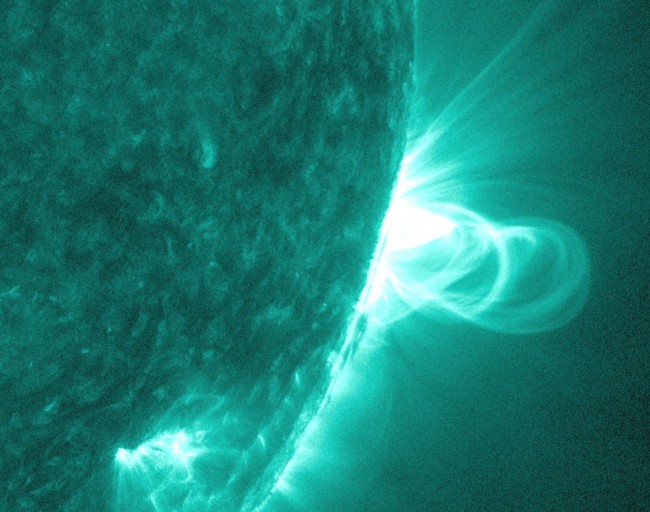 NASA has made an extremely rare discovery – so rare in fact they kept it under wraps for 6 1/2 months.

NASA has announced today that they have received extreme ultraviolet images from the Atmospheric Imaging Assembly (AIA) instrument on board NASA’s Solar Dynamics Observatory (SDO).

It occurred on July 18, 2012, and the discovery is being described as the 1st ever sighting of how a Coronal Mass Ejection (CME) forms. 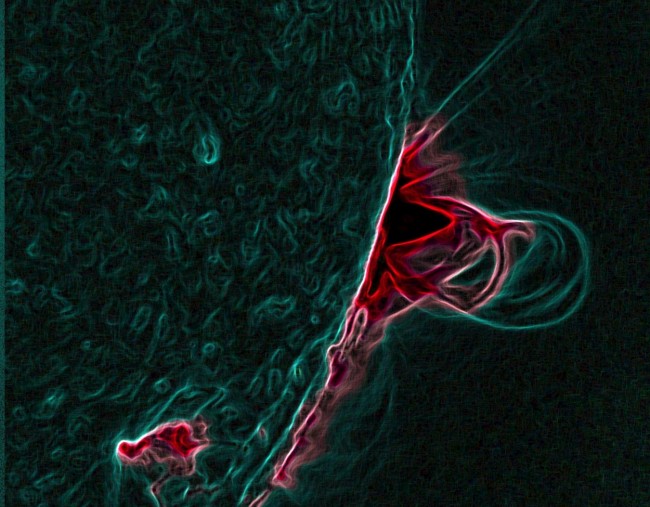 This wasn’t your standard CME, as it did not come with the normally associated eruption of solar particles. What was observed however were magnetic field lines in the Corona of the Sun that began to twist and kink, which generated a charged gas called plasma, which outlined the newly formed slinky, kinky shape.

The brightly glowing plasma gas outlines gave NASA scientists the opportunity for the very 1st time to witness the formation of something long imagined but never seen before: a magnetic flux rope.

A magnetic flux rope is a type of magnetic field readily detected in interplanetary space as a Coronal Mass Ejection (CME) approaches the planet Earth.

“Magnetic flux ropes have been observed in interplanetary space for many years now and they are widely invoked in theoretical descriptions of how CME are produced. We now need observations to confirm or reject the existence of flux ropes in the solar atmosphere [corona] before an eruption takes place to see whether our theories are correct,” explains Dr. Lucie Green from the University College London, in the United Kingdom.

The UCL study, was presented in April 2010 at the Royal Astronomical Society meeting in Glasgow, Scotland.

“Flux ropes are thought to play a vital role in the evolution of the magnetic field of the sun. However, the physics of flux ropes is applied across the Universe. For example, a solar physics model of flux rope ejection was recently used to explain the Jets driven by the accretion disks around the supermassive black holes found in the center of galaxies.” Explained Dr. Lucie Green, lead researcher for the UCL investigation.

No wonder NASA kept it under wraps for 6 1/2 months, magnetic flux ropes have only been theorized up until now, and the UCL study, along with a another study published in the Journal of Nature Communications in March 2012 have so far been the only credible sources giving reference to the existence of magnetic flux ropes.

And up until now, flux ropes had only been observed in interstellar space, as they hurtled away from the Sun. The issue of whether the flux rope had formed before, during, or after the eruption of the CME has been hotly debated in scientific communities, and this siting shows a clear-cut example of the flux rope forming previous to the Coronal Mass Ejection.

This latest case study, authored by Angelos Vourlidas, Spiro Patsourakos and Guillermo Stenborg was published in the Astrophysical Journal on January 31, 2013.

“Seeing the structure was amazing,” says Angelos Vourlidas, a solar scientist at the Naval Research Laboratory in Washington, D. C. “It looks exactly like the cartoon sketches theorists have been drawing of flux ropes since the 1970s. It was a series of figure eights lined up to look like a giant slinky on the Sun.”

Scientists at the Goddard Space Flight Center were extremely energized over the findings as well.

“Spotting such a foreshadowing of a CME could help scientists develop ways to predict them,” says Dean Pesnall, the project scientist for NASA’s Solar Dynamics Observatory (SDO) at NASA’s Goddard Space Flight Center in Greenbelt, Maryland. “By telling us when and where flux ropes will erupt, STO helps us predict a major source of space weather.”

In his new age of budget cuts and cutbacks in the NASA budget, we may not have manned spaceflight, but NASA’s eyes are always on the heavens above, and these types of scientific discoveries will lead us through the 21st century and beyond.

Watch these 2 videos courtesy of NASA for a more detailed description of Magnetic Flux Ropes, and the discovery of the flux ropes preceding the CME captured in images by the SDO.

All Images Courtesy Of NASA.