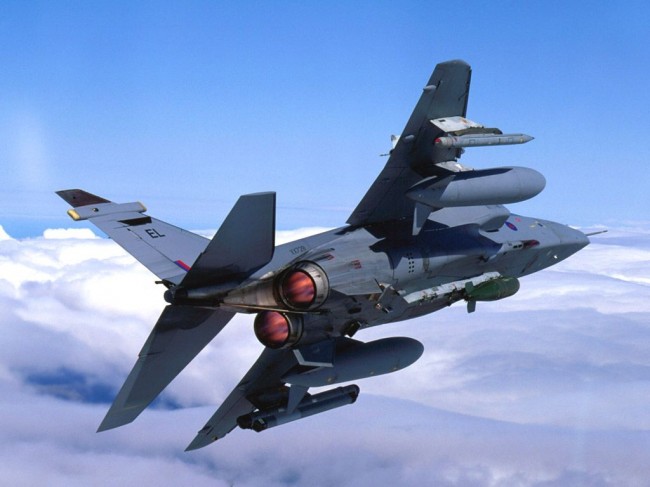 A show of force, a chilling harbinger or merely an unavoidable error, call it what you may, but Japanese armed forces wasted little time to scramble their aircraft in response to two Russian fighter jets entrance into Japans territorial air space unannounced.

According to AP, and Reuters, the fighter jets crossed into Japanese territory near the disputed Rishiri Islands for nearly a minute and prompted ministry official Yoshihide Yoshida to declare that whether intentional or accidental the event was “extremely problematic.”

The incident occurred hours after militant Japanese premier Shinzo Abe offered apparently placating remarks toward Moscow concerning the Russian-administered Northern Territories in Japan. Abe’s tone was in marked contrast to his uncompromising stance on a dispute with Beijing over the sovereignty of a different set of disputed islands.

Nevertheless, the Japanese Foreign Ministry says Japan has lodged a protest with Russia.

Japan’s foreign ministry lodged a formal protest over the incursion by a pair of Russian SU-27 fighters at about 3:00 pm local time (0600 GMT).

In December, Abe and Russian President Vladimir Putin agreed to restart talks on signing a peace treaty formally ending the hostilities of World War II that has been stymied by the dispute.

Near the end of World War II, Soviet forces took hold of the isles and drove out Japanese residents. Years later the islands were re-populated by Russians.

On Tuesday Japan said a Chinese frigate had locked its weapons-targeting radar onto a Japanese military vessel, the first time the two nation’s navies have locked horns in a dispute that flared badly last summer.

Abe on Wednesday called the radar move “dangerous” and “provocative”.

The Japanese prime minister has repeatedly said there is no room for negotiation over the East China Sea islands. But he has also stressed the row should not harm overall ties with Beijing, an important trading partner.

Last month, Japan’s former Prime Minister Yoshiro Mori stirred up a bit of controversy and tension as he drew a line on a map separating Japan from Russia. Mori’s line was directly northeast of three of the disputed isles (Kunashiri, Shikotan and Habomai) but intentionally stopped short of including the largest island, Etorofu, which remained in Russian territory and signaled Mori’s desire to compromise with Russia. Mori justified this concession as a “realistic approach” to resolving the long standing territorial divide between the two countries.

Despite the fact that Mori’s demonstration was broadcast on T.V. Russia pays little attention to Japan’s claims on the islands. The Soviets have persistently pointed to a number of international treaties—including the Yalta Agreement (1945) and Potsdam Declaration (1945)— as proof of their sovereignty. Moreover, Russia emphasizes that the 1951 San Francisco Treaty serves as legal evidence that Japan acknowledged Russian sovereignty over the islands.