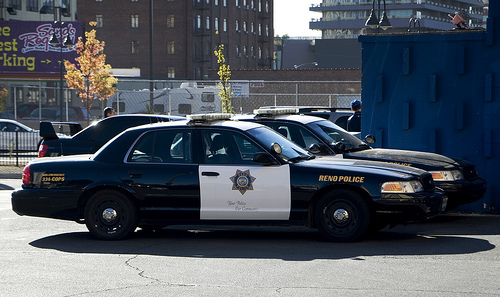 Around 11:15 Wednesday evening, police were called to the parking lot outside of the Sands Regency Hotel/Casino in downtown Reno.  They discovered a woman in her mid-thirties had suffered several stab wounds.

She was transported to a nearby hospital.  A hospital spokesman informed police that they were unable to save her life.

Police are interviewing possible witnesses, and describing the stabbing as a homicide investigation.