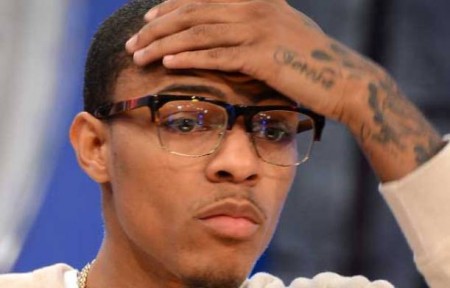 Hip hop star, actor and host of 106 & Park Bow Wow who’s real name is Shad Moss has been ordered to pay $79,346.07 in damages and attorneys’ fees for footage he used in one of videos. Adult film star Celine Tran also known as “Katsuni” sued the rapper saying he used footage of her pole dancing in his music video ‘Drank in my Cup.’

During the time of the case, Bow Wow did not respond to the lawsuit leaving the judge to side with Ms. Tran and order Bow Wow to pay up for using footage without Celine Tran’s permission. The judge also ordered for Bow Wow to stop using the footage immediately.

In a response recently, Bow Wow took to his Facebook and said that the adult film star will not see a dime of his money.

Also, Bow Wow is facing another legal battle this time by a producer from the 1970’s who was part of the band The Persuaders. This time Bow Wow is being accused of sampling the band’s hit song “Love Gonna Pack Up (and Walk Out)” on his ‘Still Ballin’ track.

Robert Poindexter says he reached out to Bow Wow’s label Cash Money but was directed to Bow Wow’s attorney before being redirected back to Cash Money.

The producer seeks $600,000 in punitive damages and in interest.