Too Short arrested for a DUI

Too Short arrested for a DUI 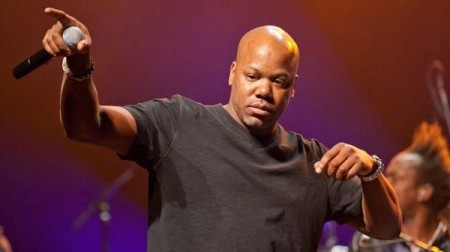 Legendary rapper Too Short was arrested early Wednesday morning for a traffic violation. The rapper, who’s real name is Todd Anthony Shaw was pulled over but before police could perform a breathalyzer test the rapper took off running. Too Short did not get far though because he fell as he was running and did submit to a breathalyzer test in which he was just shy of the legal limit of .08 with .09.

Also, the rapper allegedly tried to dump drugs in the back of the police car.

Too Short was later released and is expected back in court next month.

Wednesday’s incident was not Too Short’s first with law enforcement. In 2009 he was arrested for suspcion of a DUI in Las Vegas and in 2010 was arrested for a fight at a nightclub in Idaho.

The hip hop legend continues to perform and release hit records for his faithful following just proving that hip hop heads still love Todd. With his latest solo album NO TRESPASSING and collaboration album HISTORY:FUNCTION & MOB MUSIC with E-40. Too Short shows no signs of slowing up as he continues to release new projects and perform on stages showing off that bay area flow.

So will an arrest for a DUI slow Too Short down, not at all. Just keep an eye on him and what he does next.