Harry Styles 10 Reason Why Taylor Swift Knew He Was Trouble 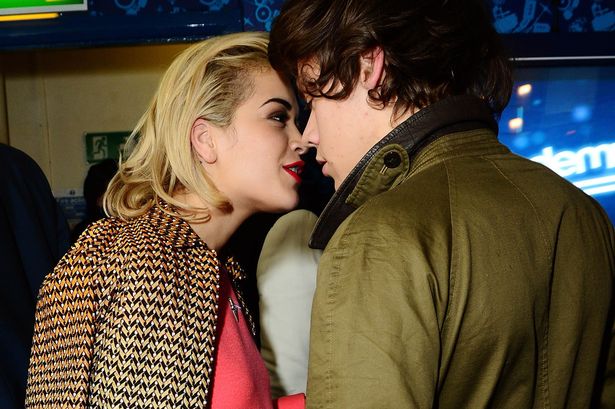 Every teenage girl in the world knows who Harry Styles is, but for those who don’t, he first came into the public eye as a contestant on The X Factor. The encounter triggered the formation of the boy band, One Direction, which placed third in the competition. After several hits, Styles’s popularity exploded. It was at this stage of his early career that he caught the eye of the wildly famous pop star, Taylor Swift. According to Huffington Post,  Styles and Swift were spotted cozying up on the set of “The X Factor” on Nov. 15, 2012. However, the relationship that developed, soon after fizzled out, and by February of 2013, rumors began to spread that Styles was the subject of Taylor Swifts hit song, “I Knew You Were Trouble.”

According to recent reports, which include the Los Angeles times, the One Direction band member has been confirmed by Swift herself as the “Trouble” that she knew about when he walked in. In an interview with The Times of London magazine, Swift explained she channeled her anger while singing her song “I Knew You Were Trouble” at the BRIT Awards in February.

Taylor Swifts confession that Harry Styles is trouble, prompted me to look at the record to see if her claims could be supported. At first, as I looked through the crooners early days before X Factor, the record indicted that Harry worked very hard in school while maintaining a job at a Bakery. However, after further digging, I found approximately 10 reasons why Taylor Swift knew Styles was trouble.

Here are 10 Fact why Harry Styles is Trouble

1. Harry likes to take food from other people’s plates!
in a recent interview, Styles admits to a couple of bad habits. For one, he enjoys taking long showers, but if you ask the crooner what does he do for fun, you might me surprised to learn Styles likes to take food off of other people’s plates! Now if that doesn’t create trouble, I’d like to see the pop star try that move on my German shepherd.

2. Cheater
According the boys from One Direction, they say Harry is the smartest in the group, but also he is the biggest game-cheater from any one. Didn’t Swift know about his history. If she did that explains the “Trouble” that she knew about when he walked in.

3. Harry’s tattoo
It’s well know he loves ink, and reportedly he has approximately 30 tattoos on his body. The last addition was 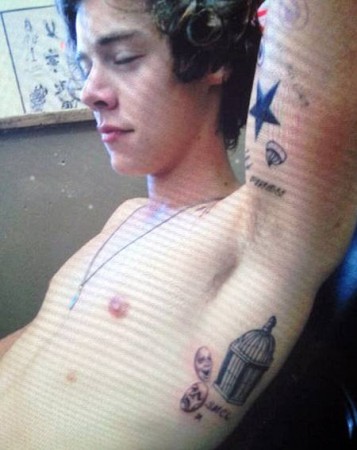 an enormous butterfly tattoo on his torso. The artist Freddy Negrete, who worked on Harry’s ‘star’ tattoo located on his arm, expressed his amazement at the singer’s ability to endure pain. “He sits really well through the tattoos. The pain doesn’t bother him,” said Freddy. He added, “He gets tattoos in the most painful spots. He’s got a lot on the inside of his arm. Of course tattoos have been traditionally associated with trouble.

4. Hard to get
Harry says he doesn’t understand why girls are attracted to him. He has millions of fans that want to date the young artist. Styles says that the ones he really wants are the ones who play hard to get. “The fun part is the chase, so if you speak to me, play a bit hard to get. I think it’s attractive when someone turns you down. You don’t want someone to say yes straight away, do you?” As you can see, Harry enjoys the pretense of trouble by playing a game of hard to get. 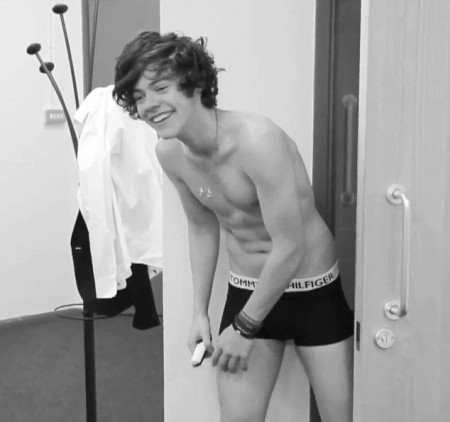 5. Harry said he would pose naked at some point to OK! Magazine.

It look like Harry is not ready to posed nude, but did give a preview while backstage during a One Direction show. The 19-year-old prances about in his underwear in a new video posted by Niall Horan. And with his new celebrity status as one-fifth of One Direction, it was of course only the best for Harry, with the teenager in designer underwear with a waistband displaying Tommy Hilfiger’s brand. I guess What happens on tour clearly doesn’t stay on tour!

7. The Kiss
Taylor Swift has been less than kind to her ex-boyfriend Harry Styles in her song lyrics and live performances, but as I mention in the introduction of this article, the 23-year-old singer has finally opened up about the details behind her dramatic split from the One Direction heartthrob — and says he was the one at fault! Although Taylor wouldn’t divulge the details of her relationship with Harry in the April issue of Vanity Fair, she authorized a source close to her to spill her relationship secrets. The source said before Haylor’s relationship turned sour, the romance started out promising.

“[He] disappeared one night and after that it was like he just didn’t want to keep going,” according to a Vanity Fair source.

Finally, their drama came to a head when a friend told Taylor there was a picture Harry kissing another girl online. Even though the British boy bander insisted she was just a pal and it was a friendly kiss goodbye, Taylor wasn’t buying it when she looked at the images for herself. 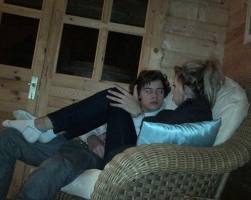 Direction heartthrob. But the pretty blonde met up with Harry just as ‘friends’. Felicity is now smitten with new boyfriend Ollie and dismisses rumors that she and Harry, both 18, are ‘rekindling’ their relationship. ‘Some fans seem to think were back together! Hope your well x.’

The question is which ex-girlfriend he is Styles more close to. The One Direction singer stepped behind the booth recently for jewelry designer Dominic Jones’ London Fashion Week after-party at The Box in London. The old flames were spotted leaving solo (as seen above), but that doesn’t mean they didn’t rendezvous in secret! Unquestionably there’s trouble with Harry.

9. He doesn’t like reading:
After all the speculation over why Taylor Swift and Harry Styles split, a clear explanation has remained a mystery.
Taylor Swift and her One Direction relationship with the singer has turned pretty nasty — “revenge” flirting, accusations upon accusations, and trash-talking. Tay Tay’s most recent diss? That Harry Styles is a bad kisser! And he doesn’t like to read. The county singer was reportedly having “trust issues“ and “ couldn’t cope with all the attention Harry gets from fans, and the fact he is a massive flirt with girls,” the couple’s lack of chemistry” must have been just as big of an issue. 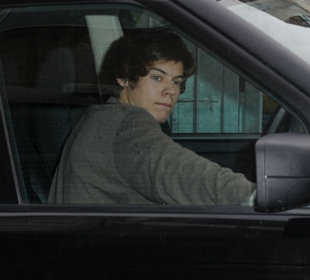 10. Pull over by police
During their widely publicized split, one incident seems to indicate that Harry not only causes trouble but so did Taylor Swift. Imagine the nervous expression on Harry’s face, which could be easily explained away by the fact that ex-girlfriend Taylor Swift had apparently landed in London on a bid to reignite their relationship. According to sources at OMG, Taylor was “refusing to give up on their romance even though Harry walked away and had told her he’s ‘not committing to anyone at the moment’.” We guess only time will prove whether it was Taylor Swift or the Metropolitan Police that got Harry Styles looking so antsy… The humor rapped up inside this picture of Harry is that he may have either been in trouble with Swift or the police. Either way, it was about time Styles received a taste of his own medicine.

Harry Styles 10 Reason Why Taylor Swift Knew He Was Trouble added by gricelda7 on March 21, 2013
View all posts by gricelda7 →