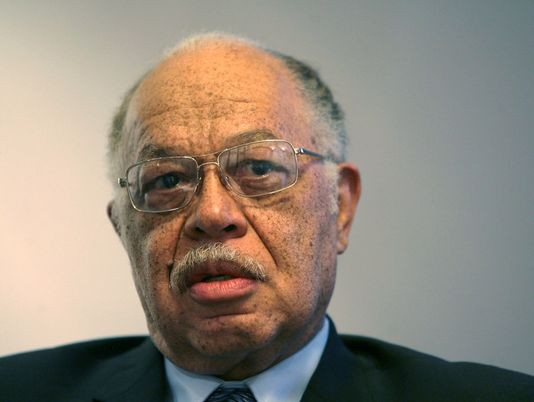 Kermit Gosnell is on trial for murder.  Mainstream media has not covered the trial until now, even though it is a horrific, and media-worthy story.

Accused of killing seven live babies and at least one woman, Gosnell ran a west Philadelphia abortion clinic for years.  And for years Philadelphia residents had been aware of his gross malpractice.

Friday morning, the Atlantic’s Conor Friedersdorf said that he was unaware of the case until just recently.  He said it was about more than the killing of babies who were born alive.

“It is also a story about a place where, according to the grand jury, women were sent to give birth into toilets; where a doctor casually spread gonorrhea and chlamydiae to unsuspecting women through the reuse of cheap, disposable instruments; an office where a 15-year-old administered anesthesia; an office where former workers admit to playing games when giving patients powerful narcotics; an office where white women were attended to by a doctor and black women were pawned off on clueless untrained staffers.”

Mark Adomanis is a free-lance writer for Forbes and other publications.  He ‘hails’ from Philadelphia, and has reported on Gosnell for some time.  He claims that the major media has intentionally ignored the case because abortion is such a “hot button” issue.  And he may very well be right.

In an article for Forbes today, he wrote:

“Obviously race, class, and the politics of abortion all played a role in limiting national media coverage of the Gosnell story. Depending on their personal views, people will weigh these variables differently. Some people will see a pro-abortion conspiracy, some people will see official indifference toward poor minorities, and I’m under no illusions that I will be able to resolve such a debate.”

State’s witnesses are predominately former employees of the clinic.  They tell of late term abortions, and babies that were delivered moving arms and legs, and later found dead.  One woman died from a botched pain killer injection.

District Attorney Seth Williams described the clinic and Gosnell at length in the grand jury testimony.

“This case is about a doctor who killed babies and endangered women. What we mean is that he regularly and illegally delivered live, viable babies in the third trimester of pregnancy – and then murdered these newborns … The medical practice by which he carried out this business was a filthy fraud in which he overdosed his patients with dangerous drugs, spread venereal disease among them with infected instruments, perforated their wombs and bowels – and, on at least two occasions, caused their deaths,” reads the grand jury report

A documentary has been made about the Gosnell case titled “3801 Lancaster.”  In it an unnamed national abortion federation official says she visited the clinic, and described it as “the worst she had ever seen”, but never reported it.

Adomanis says another reason the story may not have been covered is the fact it occurred in a “second rate” news city.  It was not New York or Chicago.  He also stresses that the liberal press may have intentionally buried the story because of its controversy.

The truth about why we haven’t heard of this horrific story until the trial, may never be known in its entirety.  Regardless, Abortion rights is a subject that is too frequently debated in the media.  Abortion has to be a women’s issue, and should be debated by women, not the press or by religious groups.  It is intensely personal, and that’s where it should remain.

In the case of Gosnell, I question why the authorities failed to investigate his offices at an earlier date.  It appears from Adomanis’ writing that the city was well aware of the rumors regarding his house of horrors.