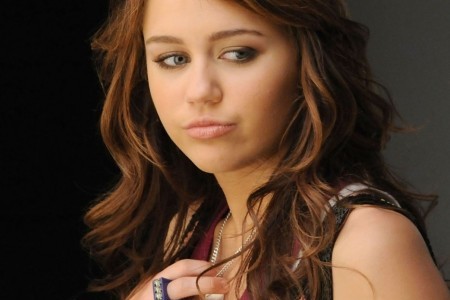 Well it looks like Miley Cyrus and Liam Hemsworth are to break up…again. This troubled pair have been doing the “on again, off again” deal for some time now. It appears that Liam Hemsworth listened to his brothers, Chris and Luke, who told hem that he needed to get away from Miley for good.

According to Us magazine the two brothers got together with Liam and voiced their concerns about his engagement to the Disney star. So apparently the Hunger Games actor has called time on his fiance Miley.

Multiple sources have revealed to Us Weekly that the two lovers are finished. One source said, “They are definitely over.” It does make one wonder who will take custodianship of the 3.5-carat diamond ring, that Cyrus, 20, has been wearing, on and off ever since.

This appears to be the culmination of a months long on and off affair that just recently saw a public display of affection at a party at the 20 year-old singer’s L.A. home. Before that the “loving couple” took some time apart from their four year engagement and put their wedding plans on hold while Hemsworth had a rethink in his native Australia.

According to sources, Liam dumped Miley because he was “miserable.” It has also been alleged that they couple have grown further and further apart due to Cyrus and her rebellious ways.

But the news now is that Liam Hemsworth has tired of Miley Cyrus and her “immature and rebellious” streak and the the partnership of ex-Disney songstress and Hunger Games heartthrob is in its final break up. Once again, the couple have decided to call it quits after their long love affair. An affair that started way back in 2009. One that despite their problems seemed likely be worked out, eventually.

Miley and Liam met on the set of The Last Song in 2009, but their over four year, somewhat rocky, romance is now over. Liam has tired of Miley’s ways and despite her claim that they are really “simpatico” he has had enough.

Miley told Us Weekly, “It’s strange. He’s like a roomie who she can have fun with and be silly with — but there’s no passion.”

Pretty interesting claim as Liam apparently has said that the ex-Disney star was “immature.”

A source has said about her recent blonde vamp-punk makeover that, “She was acting out. She felt somewhat neglected by Liam and wanted her presence known. Liam always admired Miley’s independence, but this was more like a rebellion, and it freaked him out. She has undergone a complete personality change. She’s basically thugged out.”

Apparently Liam said that he initially liked Miley’s rebellious streak. A source tolk Us that, “He used to be obsessed with the way she would go wild. But it got more childish to him. He’s growing up — and fast. At first they were yin and yang, balancing each other out. But they got more and more out of sync.”

So it appears that Miley Cyrus and Liam Hemsworth breaking up, yet again, might be the last time the couple will ever agree on anything, but for now, it does appear that they both agree, that it is over.