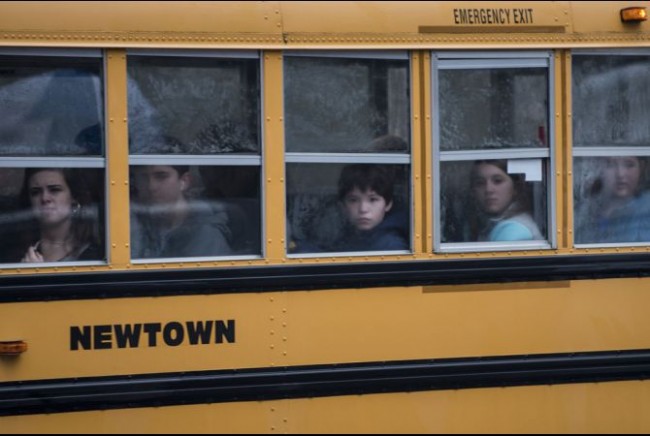 Since the Sandy Hook shootings, the first major push for tighter gun controls in years has swept the nation. Numerous polls have shown significant majorities in favor of stricter background checks for gun purchases. Unfortunately, these efforts have sparked a backlash from pro-gun advocates, resulting in the defeat of a Senate bill that would expand background checks and close existing loopholes in current law. While the gun lobby claims they are standing up for their Second Amendment rights, they actually are trampling the rights of others.

Nothing in the Constitution explicitly states that citizens have the right not to be shot down in the streets, but several passages clearly imply this right. The first sentence of the document charges the government to “ensure domestic tranquility” and “promote the general welfare.” Neither of these laudable goals are promoted by an unrestricted right to purchase a gun. Furthermore, Article IV, Section 4 guarantees every state protection against “domestic violence.” The federal government has an indisputable mandate to protect citizens against gun violence.

Seemingly at conflict with government power to implement gun restrictions, the Second Amendment states that “the right to bear arms shall not be infringed.” Many pro-gun advocates claim this right is unrestricted, and any law that limits gun ownership is unconstitutional. However, when the Bill of Rights is viewed as a whole the fallacy of such claims become clear. Numerous limitations of fundamental rights have been recognized. Child pornography laws rightly limit the freedom of speech and the press. Some warrantless searches are allowable, as are changes of venue in criminal cases. The language of the Third and Seventh Amendments clearly state that exceptions can be made to their provisions as long as they are prescribed by law. Limitations of individual rights are not only allowable, they are necessary for public safety and the protection of society as a whole.

In addition, the Ninth Amendment declares that enumerated Constitutional rights “…shall not be construed to deny or disparage others retained by the people.” The right to bear arms cannot supersede the right to life, security, or any other. The Second Amendment itself implies limitation in the use of the word “regulated.” Taken as a whole, the amendment demonstrates the wise and wonderful balance evident throughout the Constitution. The Framers obviously understood the dangers of absolutes. The rash of mass shootings and the tens of thousands who die each year from gun violence make evident the need for this generation to strike a similar balance between gun ownership and public safety.

No law can completely eliminate gun violence. Even a total ban of firearms would not solve the problem. Evil-doers with intent to harm others will always seek the means to circumvent the law. Also, other issues must be addressed, such as mental illness and the violence inherent in our society. But people who claim we must do nothing and attempt to derail any effort to mitigate gun violence are declaring that their individual rights are superior to the rights of others, and above the rights of society as a whole. Universal background checks do not violate any rights. The insistence that no restrictions be placed on gun ownership violates the rights of everyone.