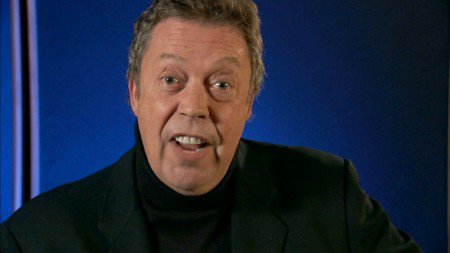 According to the representative of Tim Curry, star of the Rocky Horror Picture Show and Pennywise the killer clown in Stephne King’s It the actor had his stroke last July, not this year.

It was reported on May 24, that the iconic actor had recently suffered a major stroke. Tim’s rep is now telling everyone to not get too upset, that the health problem is actually old news.

Curry, the actor who brought Dr. Frank N. Furter in The Rocky Horror Picture Show to brilliant transvestite life and who also scared the hell out of folks in the Stephen King television adaptation of his book It, did indeed have a stroke, but not on May this year.

Mail Online actually reported that the 67-year-old actor collapsed in his Hollywood Hills, Calif. home after having the stroke on May 23.

Longtime Curry publicist Marcia Hurwitz cleared the matter of her client’s health status up. She spoke to USA Today newspaper and said, “The stroke actually occurred last July. He has been going to physical therapy, doing very well and in great humor. He thanks everyone for sending him good wishes.”

Hurwitz also spoke to Mail Online and it is assumed that this is where the “misinformation” was born. She told them that, “Tim is doing great. He absolutely can speak and is recovering at this time and in great humor.” She obviously took it for granted that the health report was how he’d recovery was going after last years stroke.

It is good to hear that Tim is on a rapid road to recover and that he is doing so well. While he probably won’t be slipping into any high-heels to reprise his Frank N. Furter role anytime soon, he could possibly be well enough to reprise his role as Pennywise the terrifying clown in It.

With a new film version of the Stephen King novel “in development” a lot of Tim’s most enthusiastic fans are praying that he might be reprising his 1990 Pennywise from the television miniseries. A performance that many called the best thing in the show.

Anyone who read the book automatically thought of Curry as playing the clown who tells his intended victims that, “We all float down here.” Curry was truly terrifying as the centuries old clown who fed off of children’s fear before literally feeding on them.

In a poll of favourite roles, we think that Pennywise could come in at a close second to Frank N. Furter any day of the week. Both iconic roles for very different reasons and they both go to show just how talented this brilliant actor is.

So there you have it. It’s official that Tim Curry the star of the Rocky Horror Picture Show and of It as Pennywise the killer clown did not have a stroke this year as previously reported, it was last year and he is doing nicely now, thank you.