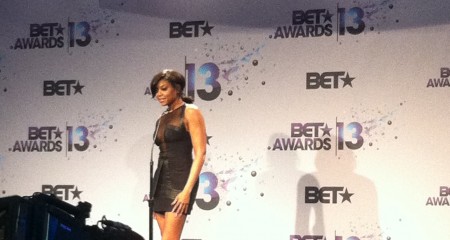 Opening the BET Awards was none other than Chris Brown who opened with his hits, FINE CHINA and DON’T THINK THEY KNOW. Chris for his performance only performed the first verse and chorus of his song before Nicki Minaj joined him on stage.

Chris kept his performance conservative and did not break out into a big dance number. However, Breezy did open the show with a stellar performance and for the fourth year in a row received the BET Fandemonium award.

After Breezy’s performance host Chris Tucker came out and did his round of jokes. First making fun and telling singer Miguel there will be no jumping off the stage.

Presenting the first award was actor Don Cheadle who asked for a moment of silence and prayer for Nelson Mandela and his family. After which he announced the award for Best male R&B/Pop in which Miguel won. Beating out the likes of Chris Brown and Justin Timberlake.

Taking the stage for tonight’s second performance was Robin Thicke and along his side was Hip Hop star T.I. Robin Thicke continued the R&B/Soul vibe as super producer and singer Pharrell also joined him on stage.

Second award of the night was presented by acting legend Angela Bassett and Gabrielle Union. The two presented the best new artist award to none other than Kendrick Lamar. Kendrick did not appear on stage to accept his award but Kendrick did arrive in time for his performance, bringing out R&B veteran Erykah Badu to perform his hit B*TCH DON’T KILL MY VIBE.

Chris Tucker afterwards took the crowd down memory lane as he reminisced on Michael Jackson. Afterwards El Debarge came on stage but things really heated when R.Kelly performed a medley of his hits. R.Kelly proving that he still got it and that there is no one like him out today.

Mariah Carey also hit the stage alongside Best male R&B/pop artist Miguel in which the two put on a stellar performance. Mariah Carey looked beautiful as usual and her vocals still priceless.

Afterwards Young Jeezy appeared on stage to perform his hit RIP and the crowd went wild. 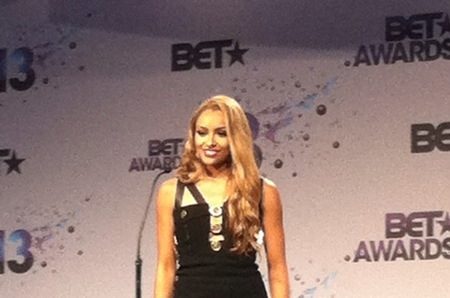 Justin Timberlake presented music legend Charlie Wilson with his Cadillac Lifetime Achievement award. With India Arie, Jamie Foxx and Stevie Wonder all performing as a part of the Charlie Wilson tribute. After accepting his award, Mr. Wilson himself took the stage and performed a medley along side Snoop Lion, Pharrell and Justin Timberlake. Together the four brought the house down.

Other performers who took the stage were Miguel, J.Cole, Ciara, Tamala Mann, Nicki Minaj, 2 Chainz along with ASAP Rocky and Jonelle Monae who closed out this year’s awards ceremony. 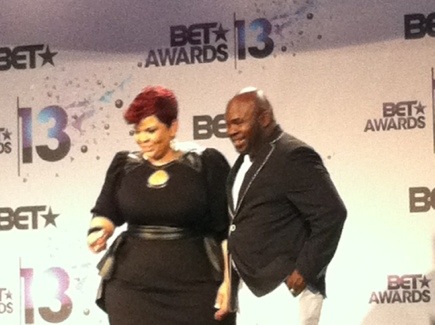