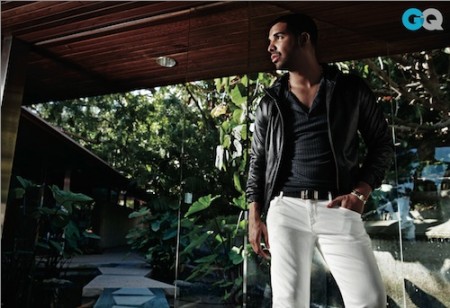 After being selected to cover the most recent issue of GQ magazine, Drake is keeping the anticipation high for his upcoming third album ‘Nothing was the Same.’ Fans have long been awaiting for the release date of Drake’s upcoming third album NOTHING WAS THE SAME, now fans no longer have to wait. Just a few hours ago the Toronto born, Young Money star Drake not only announced the release date of his upcoming album ‘Nothing was the Same,’ but also released some new music for his fans. As most stars do today, Drake took to his twitter and tweeted to his fans asking: “Would You Like Some Music? http://OVOSOUND.COM”

Drake Invited fans to swing on over to his official site, where he had recently posted four new songs including a collaboration with Roc Nation artist J.Cole. The two were recently spotted out shopping at a Best Buy in Union Square, New York after Drake surprised fans by coming to the stage during one of J.Cole’s “Dollar And A Dream” tour stops. Drake racked up a $888 bill on CDs, it is reported Drake bought the entire stock of J.Cole’s most recently released album ‘Born Sinner,’ along with French Montana’s ‘Excuse My French,’ Sade’s ‘The Best Of Sade,’ and The Weeknd’s ‘Trilogy.’ As for Kanye West’s ‘Yeezus,’ it appears that neither Drake or J.Cole grabbed a copy. Here is a video of the two out shopping at Best Buy:

Take a listen to newly released music from Young Money’s own Drake as he prepares fans for his upcoming third album ‘Nothing was the Same’ which is set for a September 17th release date.

Here’s ‘Jodeci Freestyle’ featuring J. Cole, remix of Migos-‘Versace,’ ‘The Motion’ featuring the UK’s Sampha and PARTYNEXTDOOR – ‘Over Her.’

Also, and in true twitter form Drake announced his upcoming tour which will also feature Miguel and Future. Drake tweeted: “Would You Like A Tour? Tickets on sale now http://www.octobersveryown.blogspot.com/2013/06/would-you-like-tour.html … pic.twitter.com/AsqWwJKqtQ”

North American tour begins September 25 in Portland and concludes in Los Angeles at the Staples Center on November 25. Tour dates are as follows:

Drake releases new music and announces release date for upcoming album ‘Nothing was the Same’ (audio) added by Kelly Newson on June 22, 2013
View all posts by Kelly Newson →