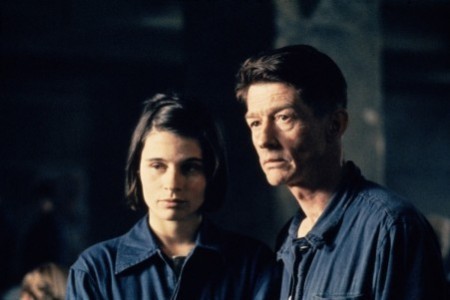 It has always been understood that some combinations just work incredibly well together. Baloney with cheese; pastrami on rye; bacon, lettuce and tomato; and now there is a new combination. George Orwell, PRISM, and the NSA are the newest “winning combination.” This unlikely trio have come together with the end result of making Orwell’s 1949 science fiction book, 1984 fly, almost literally, off the shelves.

In fact business, according to Amazon, has never been better for sales of the book. At the close of business on Tuesday June 11, sales figures for the book, went up a staggering 29 percent. But wait, that isn’t the end of it, the latest figures from the on-line retailer since then, is that sales have since exploded to a staggering 5000 percent, with an estimate of it reaching a 7000 percent increase. The reason this came about is that President Obama made reference to the book in a statement where he was defending PRISM.

The recent unveiling of the National Security Agency’s (NSA) rather questionable dealings in the area of invading citizen’s personal privacy has brought the whole debate of what constitutes infractions of our rights to the forefront of public debate. Does it really surprise anyone that the book responsible for inventing the phrase “Big Brother” should suddenly become so popular?

The sudden leap in sales figures for the book, put Orwell’s vison of the future on the Amazon “Movers and Shaker’s” list. Amazon have pointed out that only one particular edition of the book has been eagerly snapped up by the public. And it appears that there is at least one concerted activist campaign that is asking people to buy the book and send it to their representatives in Washington

Of course none of this would have been possible if it weren’t for President Obama referencing the phrase that originated from Orwell’s book. In a statement last Friday where the president was defending the PRISM program and the NSA, he said, ”In the abstract, you can complain about Big Brother and how this is a potential program run amok, but when you actually look at the details, then I think we’ve struck the right balance.”

The phrase “Big Brother” was invented by Orwell in his 1949 novel, 1984, which describes a totalitarian surveillance state in the future. The book, which celebrated its 64th anniversary on June 8, also introduced the world to other phrases and terms.

Besides “Big Brother” the book introduced these terms: doublethink, thoughtcrime, Newspeak, and memory hole. All of these have entered the mainstream vocabulary since the novel’s publication way back in 1949. The book 1984 also popularised the adjective Orwellian, which describes official deception, secret surveillance, and manipulation of the past by a totalitarian or authoritarian state.

With the government helpfully telling us, the common citizenry, just how much of our private lives are not private any longer; the people who have purchased the 64 year-old book may be looking for answers. Or, at the very least, looking for the right questions to ask when and if they get the opportunity.

Or, they could be purchasing the book for use as a sort of training manual.

In a move that reeks of irony, the public are abandoning their collection of the newest Stephanie Meyer or E.L. James book and instead are rushing to purchase a science fiction classic written by George Orwell 64 years ago. Orwell wrote a science fiction book that prophesied a very scary future. That the future wasn’t his predicted 1984 but much later adds the irony on with a trowel. But this chain of events, is it serendipitous or ironic? Or maybe it is just destiny.

That George Orwell so completely nailed the reality of the future, although he was a few years off, the continuing reveal of what the NSA and PRISM are really doing along with the president’s complete acceptance of it, is truly frightening. So while the book sales figures of 1984 are soaring through the roof, the fact that Orwell got it so right, is a trifle upsetting.

Everyone that has ever had their dinner disturbed by a “cold caller” knows that a lot of our information is already for sale to the highest bidder, or at least the bidder who pays up front.

But we are also aware that companies have been providing our “private” information to the government for years as well. But after Microsoft’s public admission that they have been supplying information about their customers to the NSA and the reveal of their new Xbox One that, rather ominously, must always be hooked up to the internet, it is starting to look like a disturbing parallel of Orwell’s future dystopian and paranoiac existence may already be here.

For those of you who are not “hard core” gamers, the new Xbox One looks set to replace many things that each home already possesses. Your new Xbox can replace your telephone, television receiver and your remote control. With Skype, Kinect, and the “voice recognition” capability, you can keep in touch with relatives across the world, play games and tell the system to put the telly on, you can control several things at once.

But Microsoft will be able to do much more than provide their usual brand of information to “Big Brother,” they can go one step further, they can let “Big Brother” right into your home; legally. Without all the hassle of going through the court system.

Since Skype is Microsoft’s “free” Xbox One replacement for your telephone, if the government want to listen in on your calls they can do it without having to “legally” tap your phone. Of course now they require a court order to listen to your phone calls.

But, presumably, with Skype not being a telephone, they’ve removed that annoying obstacle of getting a judge to give them permission.

And that just deals with the issue of phone tapping. We know that the government already monitor our internet usage. Just not as much as they want to. But give them time, more laws are being introduced everyday that will make it easier for them to see just what we get up to while “surfing” the net.

Of course the other disturbing thing is that the Xbox One will check on you every 24 hours. Now just how “Orwellian” does that sound? Now take all that information into consideration and read the following description of everyday life in Orwell’s version of the future:

“The telescreens (in every public area, and the quarters of the Party’s members), have hidden microphones and cameras. These devices, alongside informers, permit the Thought Police to spy upon everyone and so identify anyone who might endanger the Party’s régime; children, most of all, are indoctrinated to spy and inform on suspected thought-criminals – especially their parents.”

Just thinking of all the younger gamers in the world falling prey to a 1984 type influence from the family Xbox, is enough to send you screaming from the room when commercials air for the new system. If you can read the above extract and then think back to the Xbox One reveal and not get goosebumps of fear, you need to run down to your local bookshop and read the entire book. Not that it will make you feel any better, but it will let you know where we are right now and where we are most likely heading.

The book principally follows the love affair of Winston Smith and Julia, but the prevalent theme and backdrop of the story is government control and the depth’s of it. It is also about the pain and futility of fighting that control.

One poignant scene has Winston and Julia meeting again after being forced to admit their “crimes” and by the act of admission they each betray the other. Mainly because of the horrid tactics practised by the authorities. While Smith and Julia have their very uncomfortable conversation he has a song stuck in his head:

But the song itself isn’t so disturbing as what it represents; a whole scale “selling out” of individuality and freedom. Which both Winston and Julia have ultimately done; with the government’s help of course. It paints a pretty disturbing picture, just as it is supposed to. 1984 might be grim, but as all the new readers of the book will find out, it packs one hell of a punch in it’s message.

Although just as disturbing is the image of a president who thinks his government has “struck the right balance” between Orwell’s future and ours. The very fact that President Obama made his “Big Brother” reference shows that he is aware of the implications of PRISM and the NSA and his nod to George Orwell’s book crosses the line of just disturbing and becomes genuinely frightening.

But despite the winning combination of George Orwell, the NSA and PRISM making the sales of 1984 soar, it is also a combination to strike fear in the hearts of those who don’t believe that our own government believe that they have the right to spy on us. Earlier, I had made a suggestion that purchasers of the book may use it as a training manual. With a government believing that they have the right to enter our homes to spy on us, the book may well prove to be more of a survival manual.