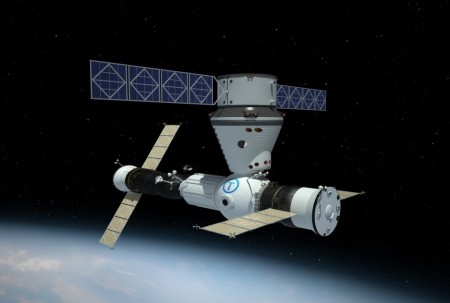 You won´t need cash to buy in space, whether you are in the moon, in Mars or in the Space Hotel, you will only need PayPal. The idea looks like coming from a science-fiction movie, but it is possible and is a reality. Twenty years ago, we wouldn´t believe possible to navigate with the help of the GPS, or to talk to somebody miles away face to face with Skype, or to have smartphones, but the future is here and is coming faster than the speed of the sound.

PayPal announced the PayPal Galactic initiative; which addresses the issues to help make universal space payments; the company has gathered a team of researches and scientists to create a pay system for transactions in outer space.

NBCnews called it “the space bucks” and only will be available online. PayPal Galactic initiative is also joining forces and efforts with John Spencer, founder and president of Space Tourist Society, the SETI (Search for Extraterrestrial Intelligence) institute and astronaut Buzz Aldrin to develop this ambitious project.

President of PayPal David Marcus, wrote on his blog, “fifteen years ago PayPal set out to be a global currency. Today we are expanding our vision off Earth into space”. Mr. Marcus commented that this initiative comes as a necessity because of space tourist programs like the Virgin Galactic, Space X and the soon to be in orbit in 2016, the Space Hotel.

“PayPal and the SETI Institute are well-matched to work on PayPal Galactic because together we can create a recipe for innovation”, said Jill Tarter, the Bernard M.Oliver Chair for the SETI.

For astronauts is already a necessity and the PayPal Galactic project is trying to solve it, today astronauts living in outer space need to pay their bills and expenses on Earth.

There are big questions and problems about the initiative, for example, how the banking system will adapt to it; they will need to prevent intergalactic frauds, and develop a universal set of terms and conditions; what type of customer support PayPal will have and how is going to provide it; besides that, the currency needs to have a standard look for the interplanetary society.

PayPal is expanding business in outer space because  the era of space travel has come. Founder of Virgin Galactic, Richard Branson has a lot of hope that his company will make profit with the XCOR aerospace, which is a developed spaceship, almost like a plane, that will make up to four trips to space daily. The flights have been scheduled within the next year. And if you are planning to spend your next holidays or honeymoon in space, you can go to www.virgingalactic.com and book a ticket for US$250, 000, but deposits are refundable.

Mr. Marcus commented that PayPal is expanding its service first than anybody else because they have identified one of the biggest issues of the final frontier, transactions. Of course, science fiction has already thought about intergalactic currencies, and as in science fiction there will be other problems to solve, for instance, how long will take to make a transaction from Mars to Earth? We will wait and see.