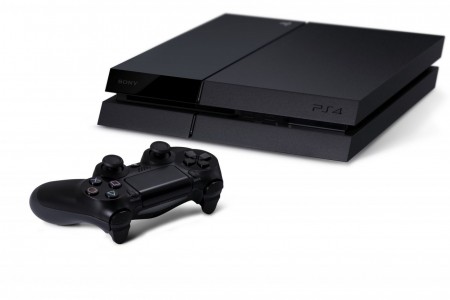 On Day one of the E3 conference, Sony Computer Entertainment delivered a knockout punch to their opposition and Microsoft in the console battle of the next generation machines. And Sony won the first round without even breaking into a sweat.

The two consoles were, according to retailers, running neck and neck on the pre-order stakes. But with all the positive perks of buying a PlayStation four literally pounding the Xbox One out of existence, Sony appears to be the clear winner in the slug-fest.

With the Xbox’s disappointing reveal consisting of all negatives, it not surprising.

In case some of you missed the depressing new Xbox One’s “Big Brother” approach to the next generation console, here is a recap:

But the PS4, by contrast is all sunshine and smiles. The Sony gamers have made out like a proverbial bandit:

But this console battle win by Sony almost seems too one sided. That the company has delivered a knockout punch to Microsoft is obvious, but Xbox did a brilliant job of setting themselves up as the Patsy, or fall guy in this war. In a move that seems almost calculated to guarantee their defeat, Microsoft have loaded their new console with restrictions so off-putting that not even the most rabid CoD or Halo fan will want to stay with the companies game offerings.

The phrase “fall-guy” and the apparent “one-sidedness” of the contest, make me think of the Sonny Liston versus Cassius Clay fight way back in the day. On February 1965, the young Clay (who later changed his name to Mohammed Ali) stormed out into the ring and in less than two minutes was awarded a Technical Knock-Out (TKO). Rumours flew fast and thick about Liston taking a “fall” to allow the new Clay a chance at the belt.

The reality was that Liston was a full decade older than Clay/Ali and that the champ was too enamoured with his own success. He hadn’t trained hard enough and he was getting slower, no doubt. Despite these factors rumours still exist about the game being a fix.

Which brings us the the bout of Xbox versus Sony. Just what is really going on here?

It may take a little time to find out excactly why Microsoft decided to slit its own console’s throat. Why on earth did they take such a Big Brother type approach? Could it have something to do with their “agreement” with the NSA to provide information on Mr and Mrs America and their offspring who play video games?

A more cynical side of me thinks that is exactly the case. If you’ve promised to collect and submit data on your client base, what easier way to do it is there? Just require your target to always have their console on and connected to the internet, all the easier to listen and monitor your players, and do 24 hour checks to make sure. If they’ve disconnected, cut them off.

Data collection and control, offered by Microsoft for the passing of said information gleaned to the government. Freedom of choice and no Big Brother breathing down the back of your neck offered by Sony.

Sony Computer Entertainment and their new PS4 are the clear winners here. They’ve delivered not a technical knockout, but a real jaw busting punch that has Microsoft down on the mat in this console battle. And the clearest indication that Sony is trying to win fans and not control them, are the games. As my daughter said, they’ve even managed to make Assassin’s Creed look good again. Even I am excited.