Will Smith Has He Lost His Mojo? (Poll) 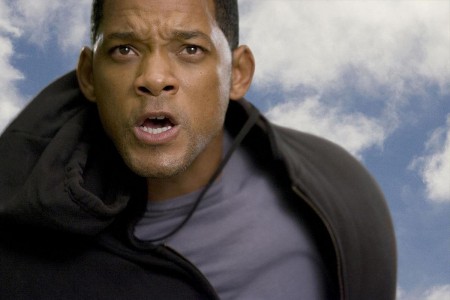 With reviews coming back verifying that After Earth is, indeed, a stinker, we were wondering if perhaps Will Smith has lost his Mojo? Has he temporarily misplaced it, or has it departed in disgust at his latest film. We wanted to know if you could answer the question, Will Smith has he lost his Mojo?

There is no doubt that Will, and Jaden, are popular. Just last week the father, son duo did a Fresh Prince rap on BBC’s Graham Norton talk show that has garnered over 14 million views on YouTube in just one week! That beats the record held by the former Fresh Prince star from a previous performance of the show’s theme tune last year.

His last two films, sans son Jaden haven’t even made their budgets back yet. Amazingly, this usually sure fire thing at the box office has been trailing in audience participation of bums in seats. Even the eagerly awaited Men in Black 3 hasn’t made back its filming budget (an estimated $225 million).

So what has happened? Has Will Smith lost his Mojo? Has he left it somewhere, never to be found?

Seven Pounds did abysmally at the box office, with box office figures so bad it’s embarrassing to reveal them. Now we have the long and boring, (a la Chris Rock, “Yeah, that’s right, I said it!) film that the scenery and the CG couldn’t save. Add in the long losing streak of M Night Shyamalan and you’ve got a box office bomb that makes Gigli look like Gone With the Wind in comparison.

Seriously, this man has been box office platinum for the last twenty years. His secret of success has been a formulaic routine that he has replicated in most of his films.

The Will Smith Formula = Action, wisecracks, and like-ability.

This formula helped the television star make that, ever so hard and almost impossible, leap from the small screen to the big one. Dave Karger told The Daily Beast that, “I think he really is one of the last remaining people who can still open a movie, and that list is getting smaller and smaller in a shocking way.”

According to those that keep track of these things, Will has starred in a total of 12 films that have all grossed more than $100 million in the domestic market alone.

So what happened? Too much deviation from the formula? We know the Will Smith formulaic equation was conspicuously missing from After Earth. Jaden either couldn’t or wasn’t allowed to use the same formula as he tried to carry the film on his young shoulders. So lack of formula equals fail.

But as we’ve pointed out (and we are not alone) Will Smith’s last few films have been losing their market.

I personally am a huge fan of Smith’s. Tell me, how many of you broke out into goose bumps when Will and Jaden ruled the BBC Graham Norton audience with their version of the Fresh Prince song?

Great big goose bumps and a simple joy, that should be wrong.

3 Responses to "Will Smith Has He Lost His Mojo? (Poll)"