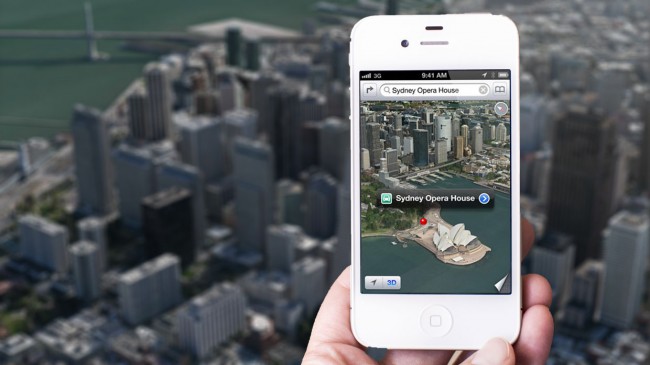 It seems like Apple Inc. (AAPL) is on a shopping spree! After their recent buy of Locationary earlier this month, Apple just closed the deal to purchase HopStop.com. The tech leader will be proving to the public how they plan to win back loyal Apple customers who may have converted to Android, after the iPhone 5 frustration. The move to buy the smaller outlet, shows Apple is providing a specific focus on improving map navigation.

A source reported to tech outlets the deal has not been made public and asked not to be identified. HopStop assists users in more than 500 cities nationwide, the fastest way to get to their destination on foot, bike, subway or car. On the same wavelength, Locationary can be used to provide the real time data to find featured businesses for subscribers.

In cultivating an eco-system that is formulated on streamlined apps, Apple is really kicking the flaw fix into high gear. The HopStop buy shows a dedication to right a wrong and can make the pending release for iPhone 5S more inviting to customers.

After the iPhone 5 release, customers took to social media to vent their anger about the directions taking them to another location entirely. Some pictures failed to load, others were blurry. Most famously, was the Hoover damn one user sent that showed a continuation of the road down well, the Hoover dam. Google distanced themselves completely from the flaws and when inquired by media outlets if they assisted with the iPhone 5 maps, a senior tech executive gave the simple answer, “Duh – not Google.”

The iPhone map did not include transit directions, something many consumers were not pleased with, especially in larger metropolitan cities like New York. When pushed if Apple did buy HopStop, Apple’s spokeswoman Kristin Huguet stated, “Apple buys smaller technology companies from time to time, and we generally do not discuss our purpose or plans.”

HopStop had over two million active users accessing their Waze-like service and the user numbers were rising. Now integrated with Apple Inc. it’s estimated that number will quickly be doubling. Ross Rubin, principal analyst for Reticle Research listed the positive aspect of the purchase,

“Apple buying Hopstop would help fill in one of the most frequently cited deficiencies of its maps — the lack of public transit information.Integrating this into Apple Maps will help it close the gap with Google and bring back a feature that was taken away when Apple switched from Google’s maps in iOS.”

That is music to iPhone customers ears who are anticipating the release of the iPhone 5S and the new features to be announced. The recent buys, may alert advisers over at Samsung and cause some brows to raise. Samsung is reportedly streamlining their own map app which is listed as the number 1 feature in the Apple App Store.

With the Apple purchase of Locationary and HopStop, the company’s own map service may slowly be climbing the popularity charts. Instead of issuing apologies, Apple’s CEO Tim Cook may be walking away with a few smiles after a very successful July.