Batman and Superman to Join Forces: Revealed at Comic-Con 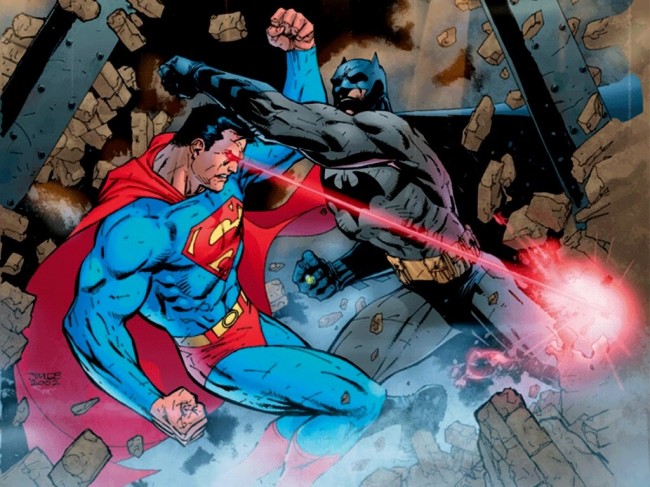 Warner Brothers is announcing a landmark teaming between two super-hero powerhouses. Zach Snyder is directing the movie, with a possible 2015 release date, featuring both Batman and Superman. Henry Cavill will continue in the role of Superman role. It is doubtful if Christian Bale will play the Batman role; another actor may be stepping in. Thus far, Bale has stated he has no intention of the role reprisal. The announcement is set for release today during the 2013 Comic-Con event.

The joint return of both action heroes is to be a sequel to ‘Man of Steel,’ focusing a majority of the spotlight on Superman. Fans may be disappointed about the absence of Bale, but rumors suggest that Christopher Nolan will have a hand in the production.

In addition to the revelation of Superman and Batman joining together for a movie, outside of a cartoon, Warner Brothers made two additional announcements. The ‘Flash’ movie is set for release in 2016, and the ‘Justice League’ will be released a year later in 2017. The match-up of red and blue with the bat in black, should prove an interesting relationship between the two egocentric characters.

Batman and Superman have worked together in previous comic book features, but a tension-riddled tone seemed prevalent in their communication. The infamous ‘Dark Night’ mini-series written by Frank Miller in 1986, portrayed Clark Kent and Bruce Wayne on different sides of the fence, both politically and philosophically.

It will be interesting to see what paths will be taken for the caped heroes. Further still is the question of who will portray the man in the bat costume.  The Batman movie series has seen more than its share of masked heroes:

While it would be ideal to have Bale or Keaton stepping into the arena, it’s more than likely a new actor will forge his way into the role. Let’s hope the casting won’t be another continuous path of winces and “oh no” for the masked hero decision. For now, fans are excited to learn more during Comic-Con and beyond of Superman and Batman joining forces.

One Response to "Batman and Superman to Join Forces: Revealed at Comic-Con"